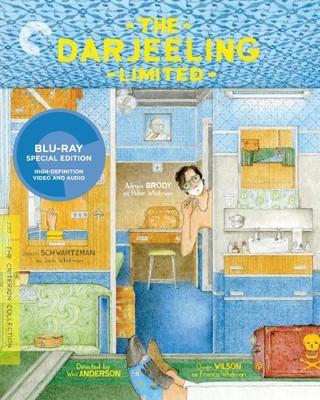 In the Darjeeling Limited, from director Wes Anderson (Rushmore, Fantastic Mr. Fox), three estranged American brothers reunite for a meticulously planned, soul-searching train voyage across India, one year after the death of their father. For reasons involving over-the-counter painkillers, Indian cough syrup, and pepper spray, the brothers eventually find themselves stranded alone in the middle of the desert - where a new, unplanned chapter of their journey begins. Featuring a sensational cast, including Owen Wilson (Armageddon, Wedding Crashers), Adrien Brody (The Thin Red Line, the Pianist), Jason Schwartzman (Rushmore, HBO's Bored to Death), and Anjelica Huston (Prizzi's Honor, the Grifters), the Darjeeling Limited is a visually dazzling and hilarious film that takes Anderson's work to richer, deeper places than ever before.

Here's what you say about
The Darjeeling Limited (Criterion Collection).