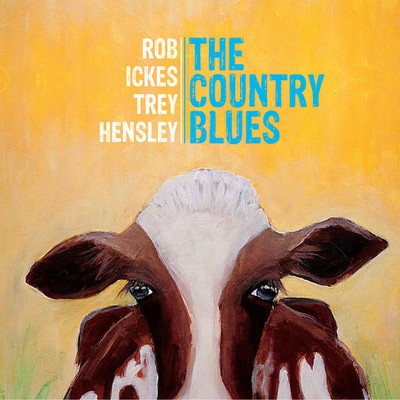 2016 release. Some things you know are just meant to be, but it was still welcome news for Rob Ickes and Trey Hensley when their debut duo album, Before The Sun Goes Down, earned a Grammny nomination for the Best Bluegrass Album. And with the release of The Country Blues, the pair build on the first one's strengths to take their unique musical conversation to an even higher level. Fun pervades the 11 tracks, even when the subject matter's as mournful as the post-romance desolation of Hank Williams' classic "May You Never Be Alone." It continues through the powerful Sonny Boy Williamson blues shouter, "One Way Out," the mixed regret and determination of Merle Haggard's "Won't Give Up My Train," into the grassy dexterity of their original, "Everywhere I Go." They mix it up with insouciant funk of "Never Can Pray Enough," imported from the Wood Brothers and the southern rock of Charlie Daniels on "Willie Jones?" Then there's the jazzy tour de force instrumental, "Biscuits And Gravy," written by Ickes as a kind of tribute to pedal steel master Buddy Emmons and even a nod to the Grateful Dead in "Friend Of The Devil," a dazzling staple of the duo's live shows. That organic approach served well as recording sessions with regulars Mike Bub (bass) and John Alvey (drums) and a select handful of instrumental and vocal guests that included the likes of Ron Block, Vince Gill, Aubrey Haynie, Carl Jackson, Shawn Lane, Andy Leftwich, Robinella and John Randall Stewart.

Here's what you say about
Rob Ickes - The Country Blues.