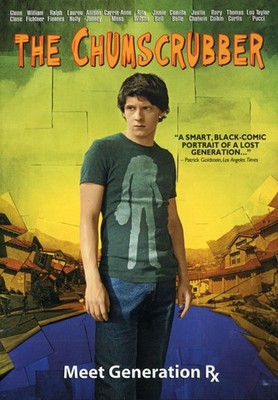 The death of a troubled teen throws a suburban neighborhood into chaos in this darkly satirical comedy. Dean (Jamie Bell) is a disaffected teenager living in a California suburb that's beautiful on the surface but populated by families who live emotionally vacant lives, with the parents often too wrapped up in their own problems to pay attention to their children. One day, Dean discovers his best (and only) friend, Troy (Josh Janowicz), has killed himself. While Troy's mother (Glenn Close) hasn't figured out her son is dead just yet, Dean opts not to tell her, and besides, his own parents (William Fichtner and Allison Janney) don't appear very concerned. Dean, however, does have reason to worry - Billy (Justin Chatwin), Lee (Lou Taylor Pucci), and Crystal (Camilla Belle) are three bullies who used to buy drugs from Troy, and they want Dean find Troy's remaining stash and give it to them. When Dean refuses to cooperate, the bullies decide to get tough and kidnap Dean's little brother; however, they end up taking the wrong child and Dean grudging finds himself trying to rescue a child he doesn't know. Meanwhile, as the adults in the neighborhood begin to emotionally implode, "the Chumscrubber" becomes a common presence in town - a comic book and video game character represented by a decapitated post-apocalyptic teenager who has become an unavoidable pop-culture icon. The Chumscrubber also features Ralph Fiennes, Carrie-Anne Moss, John Heard, and Rita Wilson.

Here's what you say about
The Chumscrubber.