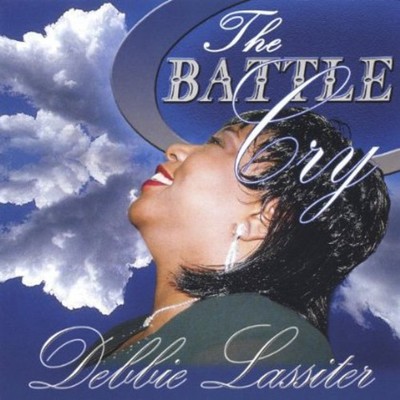 Minister, vocalist and songwriter Debbie Lassiter has reached out in ministry to people of all and nationalities for over 20 years. Her expression ranges from the softest, heartfelt delivery to one of the most powerful and exciting expressions of praise to God you'll ever see. She has sung before thousands at stadium sized events, hundreds in various churches and before smaller audiences in various venues. By knowing that it's not about her and possessing the God inspired ability to elevate to song in a way that reaches others in their own space, Debbie has the potential to become one of the premier songwriters and vocalists in Christian music. With both Gospel and Contemporary Christian writing styles she is very versatile in delivering her message. Whether she's ministering through music, teaching, or prayer one quickly recognizes her genuine love for and faith in Christ. The Father, The Son, and The Holy Spirit work in and through her in ways others have yet to receive. Often called upon to lead praise and worship, Debbie has founded and led several local and national praise and worship teams. She's been blessed to have self- published three CDs, but everyone knows seeing Debbie Lassiter live is witnessing someone taking music ministry to another level. She is the founder and CEO of Lassid Ministries Inc., a non-profit organization that ministers to formerly incarcerated women. One of her visions has been to open up a resource center for newly released women to teach them about Christ and bring them closer to God. That vision was realized in the Spring of 2004 and over 200 recently released women have contacted them for assistance. "The recidivism (the revolving prison door, they leave and return) rate is extremely high," Lassiter explained. "I want to help these women realize that with the right resources, a strong support system and faith, they don't have to go back to prison, Ever." Her faithfulness to the prison ministry, her faithfulness to music ministry and her faithfulness to God make this woman one who will touch lives, and with God's saving grace, will help others come to know who matters most in this life and the life yet to come. Ms Lassiter has written and directed several plays. Her last play was a two-hour drama (In Harm's Way) that chronicled the creation of the New Testament Church of Milwaukee where her parents (Julius R. Malone and Ann Malone) are the Pastor and First Lady. In May 2005 she was honored with a Doctorate of Divinity from Saint Thomas Christian College in Jacksonville,Florida Debbie desires to further her ministry as a songwriter and recording artist, spreading her ministry of music throughout the world. As a minister she recognizes she has more to give beyond song yet through song can reach millions with her wonderful expression. It's been said that there are plenty of performers in the world, and the Gospel or Christian music industry doesn't need more performers. But those who have a true gift of ministry as a worshipper are sought after and Debbie Lassiter is one who fills those shoes.

Here's what you say about
Debbie Lassiter - Battle Cry.