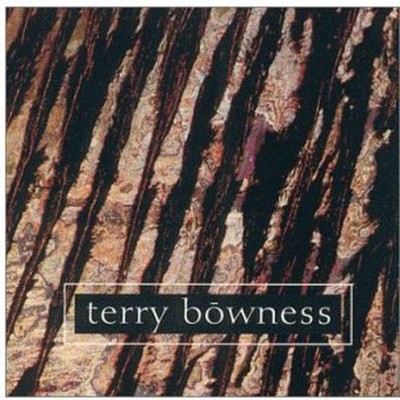 An electrical engineer tapping away at a piano keyboard sounds about as promising as a musician designing computer chips. Until you meet Terry Bowness. Terry, whose knack for both has resulted in two compact discs and a host of technical feats you probably don't want to hear about, started playing piano twenty-five years ago, shortly after his eighth birthday. His early musical tastes were influenced as much by his older brother's eight-track tape collection as they were by his piano teacher. Think Beethoven, Chopin and Debussy, alongside Led Zeppelin, Pink Floyd and The Beatles. Now throw in some Miles Davis, Keith Jarrett and a bit of Radiohead. Terry grew up in a musical family, with a mother who sang in the church choir and a father who followed a dream all the way into a Nashville recording studio. Not knowing what else to do after high school, Terry enrolled in the electrical engineering program at the University of Missouri-Rolla. There he landed a gig as DJ and engineer at the campus radio station. During his four-year tenure at KMNR he spent innumerable hours spinning vinyl on the airwaves and recording strange noises in the production room. Under the guidance of his college jazz band director, Terry took every opportunity to explore the depths of KMNR's vast record library. Thelonious Monk, Miles Davis and Keith Jarrett mixed with The Pixies, The Sugarcubes and other college radio fare of the day. A newly degreed electrical engineer, Terry moved to Dallas in 1992 to work for Texas Instruments. A few jazz piano lessons with University of North Texas lab band alumni led to sideman gigs with jazz combos and a Grateful Dead cover band. In 1995 he began leading his own trio. A year later, Terry and his wife Sonal left Dallas for Austin. Terry finished a master's degree in electrical engineering at the University of Texas in 1996, and with great relief re-entered the 'real' world as a computer chip designer by day and pianist by night. Since then he has worked with many key players in the Austin jazz scene, including Tony Campise, Clay Moore, Suzi Stern and Mitch Watkins. Since 1998 he has been pianist for Los Jazz Vatos, a six-piece Latin jazz band led by veteran Austin drummer Ernie Durawa. He also performs regularly as a soloist and leads several small groups, including a trio with drummer Mike Koenning and bassist Chris Maresh of Eric Johnson¹s Alien Love Child. Terry has been composing and recording music since he was a teenager. His self-titled debut on Aardvark Records appeared in the Austin Chronicle's 'Best of 1999.' It features eight original compositions and a reggae spin on John Coltrane's 'Naima,' with contributions by an A-list of Austin musicians and San Francisco-based guitarist Jackie King. He released his second CD, 'Stick Figures,' on Aardvark Records in May 2003. An eclectic set of mostly first takes, the new album blends jazz, modern rock and minimalist compositional elements with spontaneous, rough-edged performances by some of Austin's finest musicians. The Bownesses continue to make their home in Austin. Terry currently divides his time among his family, music and computer chip design.