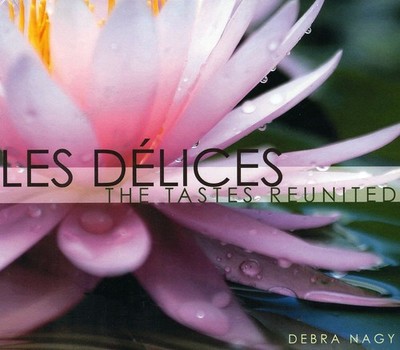 Formed in 2006, Les Délices is quickly establishing it's reputation for polished, expressive, and dynamic performances of masterpieces and little-known works from the French Baroque. As the only group in the U.S. specializing in historically-informed performances of French Baroque chamber music, Les Délices seeks to bring this beguiling repertoire to a wider audience. Their first disc makes a perfect introduction as it reconciles the fiery Italian virtuosity that audiences identify with composers like Vivaldi with the sensual refinement so characteristic of late-seventeenth-century French music. Just as the flashy, virtuosic music of Italian composers such as Vivaldi and Corelli remains wildly popular with today's audiences, imported Italian music met with much excitement in 1690s France. Music lovers at that time had to be careful, however, since their taste for either French or Italian music was practically a political statement! Italian trio sonatas featuring violins were contraband at the French royal court; noble patrons who supported the fashionable Italian music were essentially disobeying the famously absolutist King Louis XIV. Admired instead in the musical salons of connoisseurs outside the orbit of Versailles, these Italian sonatas' rhythmic vitality, harmonic clarity, and brilliant instrumental writing inspired a new generation of French composers eager to try their hand at writing in the Italian style. Les Délices captures the essence of this French-Italian fusion by basing their performances of trio sonatas by Couperin and Clérambault on manuscript sources from the 1690s when the style was fresh and still controversial. These early manuscript parts are sparsely marked compared with their detailed, prescriptive, and somewhat codified renditions in later engravings, which leaves more room for improvised ornaments. "The Tastes Reunited" also features the premiere recording of a suite for oboe and basso continuo by François Chauvon (a student of François Couperin), in addition to innovative solo suites for oboe by Pierre Danican Philidor and Louis-Antoine Dornel, and solos for baroque guitar and theorbo by Francesco Corbetta and Robert de Visée. Members of Les Délices featured on this disc include harpsichordist Lisa Goode Crawford, violinist Scott Metcalfe, viola da gamba player Emily Walhout, and Lucas Harris, theorbo and baroque guitar. About Les Délices Founded by baroque oboist Debra Nagy, Les Délices brings together some of the nation's top early music specialists, each with notable careers as soloists, chamber musicians, and teachers. The group's performances at authentic, low-French chamber pitch allows them to explore the rich tapestry of tone colors available in this repertoire, and the group's name conveys their approach to the music of this era: a delight, a fine delicacy, sumptuous, and exciting. Audience members have called their performances "exquisite," "superb," and "breathtakingly gorgeous," while the Cleveland Plain Dealer has lauded the ensemble's "rhythmic buoyancy, suave phrasing and seamless interplay." About Debra Nagy One of the few outstanding baroque oboists in the U.S., Debra Nagy has been hailed for her 'dazzling technique and soulful expressiveness' (Rocky Mountain News) and deemed a "baroque oboist of consummate taste and expressivity" by the Cleveland Plain Dealer. She was the First Prize winner of the 2002 American Bach Soloists Young Artists Competition, and is a Lecturer in Early Music Performance Practice at Case Western Reserve University.

Here's what you say about
Debra Nagy - Tastes Reunited.