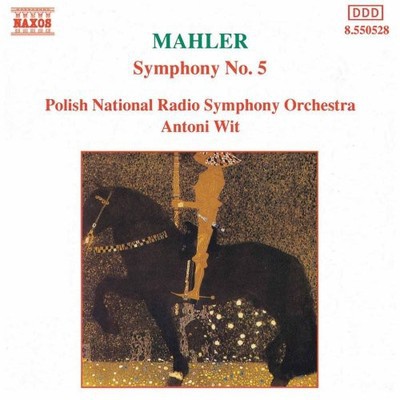 Gustav Mahler has come to enjoy a unique position in the music of our own time. He was able to revivify the symphony of Austro-German tradition, creating in it a poignant expression of sorrow, a sense of Weltschmerz, but encompassing a much wider range of feeling. He was able to enlarge the symphony, not only by an expansion of form and an enlargement of the orchestra itself, but by the use of song, a logical extension of Beethoven's Choral Symphony, including and summarizing a whole tradition of music. Mahler was born in Bohemia in 1860 into a relatively humble Jewish family of no great intellectual or cultural pretensions. His father, at one time little more than a pedlar, came to own a successful business that included a distillery and several taverns. At the same time he read w hat he could, in an attempt to further his own intellectual interests. Mahler himself was eventually able to study at the Conservatory in Vienna and to enroll in other courses at the University. It was as a conductor that Mahler made his name, with a series of appointments in resort opera-houses during the summer season. From these he moved to more important appointments in Prague, Leipzig, Budapest and Hamburg. Finally, in 1897, he reached the summit of any conductor's ambition, when he was made director of the Vienna Court Opera. During ten years he revived the opera, particularly with his performances of Mozart and of Wagner. By 1907, however, he had aroused sufficient hostility to decide to resign. His high standards in the opera-house made him enemies, and the amount of time he was obliged to give to performances of his own music and his Jewish origins were enough reason for his critics to condemn him. 1907 brought not only Mahler's resignation from the Vienna Court Opera, but the death of one of his two daughters, a bereavement that deeply depressed him. There was further cause for anxiety when it was found that he was suffering from a weakness of the heart that made it necessary to avoid any physical exertion. His final years were spent partly in the United States where he conducted first at the Metropolitan Opera during a difficult period in it's history and undertook to reform the New York Philharmonic Orchestra. At the same time he fulfilled a series of engagements as a conductor in Europe. He died in Vienna in May, 1911. Although his music met opposition from some in his life-time, his subsequent importance has been incalculable, both as one of the greatest composers of his generation and as an influence on his contemporaries and successors. Mahler's compositions include a number of songs and ten symphonies, the last incomplete, as well as Das Lied von der Erde (The Song of the Earth), a symphony in fact, if not in name. He completed his Fifth Symphony in 1902 during the summer following his marriage to Alma Schindler, a young woman of considerable and varied talents, daughter of the landscape painter Anton Schindler and later wife of Walter Gropius and subsequently of Franz Werfel. The symphony is in three parts, the first, which includes the first two movements, allows the material of the opening Funeral March to undergo further development and expansion in a turbulent second movement. The March itself recalls the song of the deserter, Der Tamboursg'sell (The Drummer-Boy), from Des Knaben Wunderhorn (The Boy's Magic Horn), von Arnim and Brentano's seminal collection of German folk-song, and the Kindertotenlieder (Songs of the Death of Children), posthumously published poems by Rückert, while the contrasts of the second movement bring moments suggesting a Bruckner chorale or a fragment of Wagner. The second part is the Scherzo, a substantial centre to the whole symphony, while the third consists of an Adagietto recalling two of Mahler's settings of Rückert and a final Rondo that touches again on the world of Des Knaben Wunderhorn.

Here's what you say about
Antoni Wit - Symphony 5.