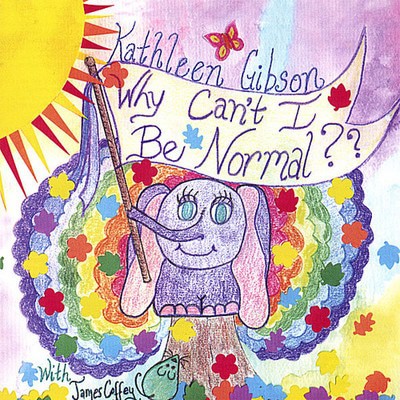 Bashirian: The Sweet Story By John Atkinson I have to admit I was a little bit skeptical when I received a copy of Bashirian Sweet Ecstasy in the mail with a letter politely asking me to review it. My first thought was how the heck do you pronounce that name. I mean let's be honest, it doesn't really roll off the tongue like 'Sting' or 'Van Morrison'. I was close to chucking it into a box of CDs that I affectionately call 'Purgatory' or the box of CDs that I will get to 'if I have time.' However, something stopped me. It might have been my curiosity of how a CD with a name like 'Bashirian' on it would sound, or it might have been the cover that obliged me to acknowledge a fellow Boddingtons lover. In any case, I gave it a spin. Surprisingly enough I enjoyed the album very much and thus relinquishing my skepticism and perking my curiosity I gave Bashirian a call. He wasn't to be found at his Milwaukee number so I tried the second number listed. Elroy? Where the heck is Elroy? After he laughed at my question he answered simply, 'It's right next to Kendall.' Now I was really intrigued. I wanted to know more about Bashirian. To make a long story short, Bashirian (whose first name is Aaron by the way) has led a pretty interesting life. His two years in Europe (one year in England and one in Norway) punctuate the tale. Musically, Bashirian's is not an unusual story. He started playing piano at age six. Was inspired by Motley Crue's Tommy Lee to play drums. Self taught himself to play guitar. 'I really didn't begin writing songs until I was sixteen and of course they were the typical, sappy, 'I see forever in your eyes,' adolescent songs. I was always good at writing melodies but my lyrics were seriously lacking. I think my good songwriting began after my year in England. The exposure to Brit-Pop was quite inspirational. It was the wittiness of their lyrics that I liked.' After receiving his History degree from the University of Wisconsin Eau Claire, Bashirian decided to give music a try. 'I felt that I finally had a batch of songs worth recording. At the time though, I only wanted to cut a demo. So I moved to Milwaukee where I met up with a guy named Glen Boren. It's funny because at first when I told Glen that I wanted a radio quality demo he said he couldn't do it. But in spite of this we started recording the next month.' Bashirian then found his little demo growing into a full-blown CD project. 'I found that my standards were just too high to accept anything less. I have to admit though, in the beginning I was really naïve. I thought that I could crank out a CD in four weekends. But it soon became apparent that the high level of recording I wanted could not be achieved in a short period of a time. Even then I never dreamed it would take eighteen months.' Sweet Ecstasy was recorded as so many CDs are recorded today, in a home studio. Actually, theirs was an old, empty house on the South side of Milwaukee. The rooms of the second story, complete with brownish-orange carpeting and Harvest Gold wallpaper, became the studio they called 3951. 'Our setup was really basic. We just had an eight-track digital recorder, a sixteen-channel mixer and some rack gear. I think it was good though. We were forced to be creative.' This creativity extended as far as recording a metal sink cabinet and playing percussion on a stairwell banister. This project was not an easy one though. It was fraught with frustrations and discouragements the like of which only a musician can understand. 'It was tough because in order to achieve the standard of recording I wanted I had to go back and learn rudimentary skills that I hadn't needed before. Learning things like playing with a click track and how to open up and not pinch my 'ees' when I sing took up a lot of time. In addition I had never done any musical arranging before so ninety-percent of the time I was just flying by the seat of my pants. Glen gave me a tremendous amount of help. Having over twenty years of experience in music he was able to offer a lot of invaluable guidance. He was always there to sober me up when my ideas were starting to get a little crazy.' As it turns out it was eighteen months well spent. Bashirian Sweet Ecstasy is a sparkling collection of music and in spite of it's nuances it has a charisma that will make the best of them stand up and take notice. The first thing that struck me after hearing this CD is the diversity in the music. From Good Time to Marygate, no two songs sound the same. Bashirian says, 'For me diversity is crucial. I start every song from scratch and I am willing to use any instrument that best suits the music. I am also influenced by the many different genres of music I listen to. Thus every song sounds fresh and unique which I think produces a more interesting album. The goal I have is that people will pick up my album not knowing what to expect, but knowing it will be good.' At the end of my interview I asked Aaron how he defined himself as a musician. He said, 'Oh, I'm just getting started. Believe me, there is a lot more to come'. For some reason I believe him.

Here's what you say about
Bashirian - Sweet Ecstasy.