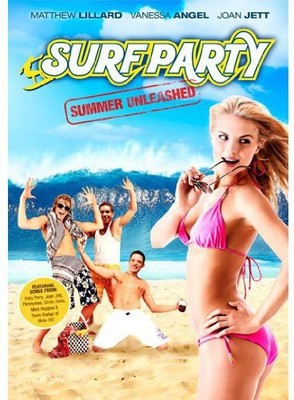 JD is living it up in sunny California... But when his prized surfboard is stolen, he and his stoner friends set out to track down the thief and end up in the dreaded valley. Bummer, dude! a riotous National Lampoon comedy starring Khan Chittenden (West, Introducing the Dwights), James Remar (Showtime's Dexter, Django Unchained), Matthew Lillard (The voice of "Shaggy" in Scooby-Doo, She's All That), Joan Jett (Shrek, 10 Things I Hate About You), Jane Leeves (TV's Hot in Cleveland and Frasier), Jim Piddock (The Five-Year Engagement, the Prestige, Austin Powers in Goldmember, Independence Day), Ray Santiago (In Time, Meet the Fockers), Vanessa Angel (Hall Pass, Kingpin) and more! Soundtrack features "Use Your Love," performed by Katy Perry.

Here's what you say about
Surf Party.