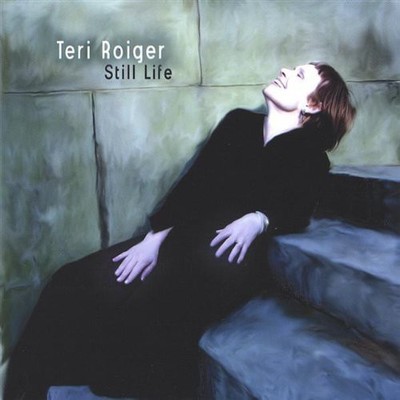 Applauded by jazz writers and fans around the world, from Jazz Hot in Paris to Playboy magazine, Teri Roiger's uniquely compelling vocal style is full of soul, swing, sincerity and sass. She delivers something very exceptional in this ultra-hip CD of innovative jazz standards and original compositions. She breathes new possibilities into two Dewey Redman compositions with her original lyrics, a Herbie Nichols tune that has never before been recorded, and a seldom-heard jewel of Billy Strayhorn's. Already recognized as a compelling lyricist, this is the first time Teri has recorded her original music compositions, Still Life and Boo Dah. Referred to by musicians and jazz critics as 'the real thing,' she has been compared to jazz legends Abbey Lincoln, Billie Holiday, Carmen McRae and Anita O'Day, but this CD reveals that Teri has developed into a true individual jazz musician with her own sound. The musicians she has chosen for this recording are exceptional and some of the most in-demand players on the New York scene. Frank Kimbrough (piano), Gil Goldstein (accordion), John Menegon (bass), and Matt Wilson (drums) demonstrate their exquisite musicianship, inspired by Teri's playful dignity. These musicians swing hard and each brings his own special ingredient to the mix to create an exciting inimitable sound. Teri once again shows excellent taste in musicians. She recorded her first CD, MISTERIOSO, with jazz legends Jack DeJohnette (drums), Kenny Burrell (guitar) and John Menegon (bass). She has recorded with legendary stride pianist Butch Thompson, and has also played with Salvatore Bonafede, John Betsch, Kirk Lightsey, David 'Fathead' Newman, Dewey Redman, Roswell Rudd, and many other jazz greats. What the critics say: 'Roiger has a voice like the finest bittersweet chocolate full of rich, dark, contradictory flavors that miraculously blend to create one of the most original vocal instruments in decades.' Vic Garbarini, Playboy magazine 'A discovery at the Sunside in Paris, Teri Roiger, somewhere between Abbey Lincoln, Billie Holiday and Anita O'Day, played with elegance, expressiveness and authenticity.' Jean Szlamowicz, Jazz Hot, Paris 'Teri Roiger is made for those who still understand the meaning of the term the real thing. She can express loneliness, joy, romance, sorrow, humor, sensuality, optimism, and make memory quite real for the listener. Her time is real jazz time; it can pull the beat, float above it, or find that soulful place behind that gives an enjoyable hesitation to the arrival of the note. To hear her is to experience that peculiarly beautiful combination of improvisation, tone, feeling, and phrasing that are distinct elements of jazz freedom.' STANLEY CROUCH, 55 Bar, NYC 'Roiger's timbre has a cognac gravitas hinting at the sass of the younger Abbey Lincoln and Lena Horne.' George Kanzler, AllAboutJazz New York 'A pure voice, jazz singer Teri Roiger is a very special kind of jewel. When you hear her rich, full, melodious voice, she appears shockingly similar to the famous singer Billie Holiday. Combined with the experience and depth of bassist John Menegon, this is exceptional music.' Ron Rheinpfalz, Weinlokal Maxburg, Germany.

Here's what you say about
Teri Roiger - Still Life.