Dan Smith - Speak When Spoken to 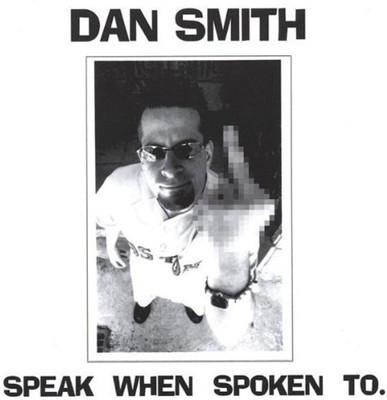 Dan Smith started comedy over a decade ago while attending Northeastern University in Boston, Massachusetts. After graduating with a degree in Business, he became a licensed medical underwriter. He continued to do comedy all along, and realized that stand up was where his heart was. He immediately made an impact on the comedy scene and was given the 'host' spot at an established room in his hometown of Worcester, Ma. every weekend. Dan hosted this rowdy room for almost two years, honing his sharp wit and crowd-play skills. In 1995, he entered and won The Funniest Comic in Boston contest sponsored by HBO. And then five years after his start, he picked up and moved his chunky, Jewish tuchas to Los Angeles. Since then, he hasn't looked back. He has performed in 49 of our great states (he hates Alaska and everything they stand for). Dan has also done multiple U.S.O. comedy tours, performing for our troops in 13 countries around the world including Bosnia, Kosovo, Korea, Japan, Iceland, Afghanistan and Iraq. Since living in Los Angeles, several independent film projects, such as 'The Whipper' (a short film written and directed by Aisha Tyler), as well as multiple television appearances, are to his credit. These appearances include 'Talk Soup', 'Friday Night Videos', and the new 'Star Search'. He has had some success behind the camera as well, having written for the television shows 'Blind Date' and 'The 5th Wheel'. Dan, most recently, was a writer and producer for the tv show 'EX-treme Dating', hosted by hottie Jillian Barberie. He also currently writes jokes for Us Weekly Magazine (as a member of the Fashion Police). Dan still resides in Los Angeles, where he performs in every club in Hollywood, and will continue to perform for United States soldiers around the world.

Here's what you say about
Dan Smith - Speak When Spoken to.