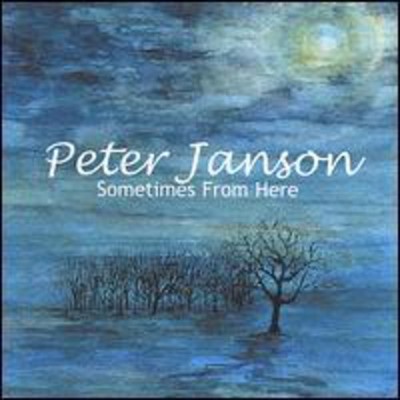 A 'gifted acoustic finger-style guitar player' (Dirty Linen), Peter Janson brings world-class acoustic guitar music to records and the concert stage with fresh contemporary arrangements of new and traditional tunes from England, Ireland, Scotland, Wales, Brittany, and North America, as well as Celtic inspired compositions. Reminiscent of American folk guitar, Celtic guitar, and American roots music, his original and compelling contemporary style is filled with artistry, superb technical mastery, and heartfelt passion: weaving songs about Celtic kings, lost love and sad dogs, memory, life, and the heart. Born in Cambridge Massachusetts, USA, Peter Janson began playing guitar at age 7 and started composing as a young teen. His early influences were eclectic - from Django Reinhardt, Andres' Segovia, Chet Atkins, Doc Watson, Les Paul, and Grant Green, to Steve Reich, Arvo Part, Brian Eno, and more - and remain so to this day. While attaining his Master of Guitar Performance degree at the New England Conservatory of Music in Boston he focused on early music for stringed instruments, jazz, Indian classical and contemporary classical composition. It was at this time that becoming his own artist, through intense study of a variety of music from his interests as well as his heritages, ignited in his soul and his style of guitar music that 'falls in the space between the personal and the universal' began to reveal itself: his passion for folk, world, and traditional music, especially Celtic, was formed and since that time his performances have mostly been as a soloist playing steel-string guitar and, more recently, singing. As an experienced independent performer having played across the US and Canada, from the legendary Freight & Salvage in Berkley CA, to the guitar shows at the Montreal International Jazz Festival, to the iconic Club Passim in Boston MA, he's had the privilege of performing with a variety of acoustic artists including American Guitar Masters tours with Larry Pattis and Steve Davison, Artistry of the Guitar tours with Ken Bonfield, String Songs concerts with luminaries Tim Farrell and Michael Manring, Friends concerts with Steve Hunt, Henrik Bridger and Bertram Lehmann, and has shared stages and co-bills with Ed Gerhard, Alex DeGrassi, Dakota Dave Hull, Chris Proctor, Jamie Bonk, singer-songwriters Brooks Williams, Shane Jackman, Greg Greenway, and Tim Harrison, Ugandan artist Kinobe and Celtic artists Aine Minogue, Aoife Clancy, Robbie O'Connell, and others. His blending of technical virtuosity with heartfelt spirit has earned him critical acclaim such as "perfection ... highly creative," "a true artist's soul," and "absolutely one of the best heartfelt acoustic players today" from reviewers and industry peers alike, and there's no doubt he has bridged a gap bringing together the every-day music fan with die-hard guitar fans. Peter won an NAR Lifestyle Music Award for Best Contemporary Instrumental Album for his Beautiful Day CD, and Album of the Year and Best Instrumental Album Acoustic awards for his co-writing and performing on Jamie Bonk's My World CD. He has composed and recorded music on 14 national and international CDs including six CDs under his name, music for video games, and music that has been featured on a variety of regional and national documentaries including CBS News' 'Living in the Shadows: Religion's response to human trafficking.' All of his CDs have been featured on PBS, commercial and college radio, syndicated radio, Sirius/XM, Music Choice TV, Pandora, Spotify, and in-flight programming resulting in over 1/2 million BMI verified broadcasts. His solo recordings include Firelight Moonlight, Winter Gifts, Across the Bridge, Sometimes From Here, Compass Rose, and his newly released CD titled A Long Road: Tunes From Celtic Lands. 'Acoustic Guitarists Astonish!' ~ The Orion, Chico CA.

Here's what you say about
Peter Janson - Sometimes from Here.

1) The Ocean Under the Moon
2) Still Towards Psyche
3) Painting Australia
4) How Can It Be?
5) Between the Sky and Sea
6) Even When It Rains
7) Sometimes from Here
8) Fushigi
9) An Ocean Reprise
10) Memories Half Forgotten