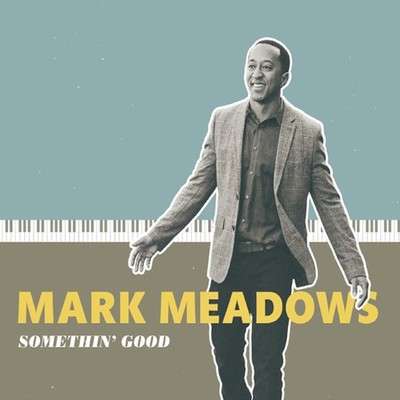 Multidimensional jazz pianist, bandleader, composer, and jazz educator, Mark Meadows performs throughout the Washington D.C. - Baltimore region and across the US. During the 2014-2015 season, Mark is appearing alongside world-renowned musicians such as Warren Wolf, Cyrus Chestnut, Dontae Winslow, Kris Funn, Todd Marcus, Eric Kennedy, Chad Lefkowitz Brown, Elijah Balbed, Quincy Phillips, Gary Thomas, Paul Bollenback, & Dr. Alex Norris. He has led and has been a sideman in premier clubs in the Baltimore-Washington region including Bohemian Caverns, Columbia Station, Caton Castle, Twins Jazz, Bertha's, The Metropolitan Club, An Die Musik, The Hopkins Club, The Jazz Loft Series, and the Strathmore. Somehow in Mark's demanding schedule, he finds the time to teach four courses as an adjunct instructor at the Duke Ellington School of the Arts in Washington, D.C. Son of a gospel and jazz vocalist, when Mark was three years old and living in Washington DC, his father bought him a little Casio keyboard and invited Mark to "have at it". Mark has been "having at it" ever since, to the delight of audiences nationwide. When Mark reached the age of five, he and his family moved to Dallas, Texas and he began studying classical piano under the stern but loving eye of Dr. Rosalie LeVant, a renowned Russian born and highly regarded classical pianist. Years later, Julie Bonk, a treasured Dallas jazz pianist and teacher of Grammy Award-winning artist Norah Jones, took the 13-year-old under her wings after hearing him play Debussy's "Clair De Lune." Throughout Mark's high school years, he performed with the Booker T. Washington Jazz Combo under Bart Marantz and the BTW MIDI Ensemble under Kent Ellingson. Some of Mark's accolades include him being featured on "Good Morning Texas" on WFAA Channel 8 (2008), being awarded "Best Pop Rock Solo in North America" by Downbeat magazine (2008), performing at the Kennedy Center with an Ensemble under the direction of Gary Thomas (2008), releasing his first album "A Child is Born" (2008), being awarded "2nd Best Pop Rock Composition in North America" by Downbeat magazine (2007), playing for Prince Edward, The Earl of Wessex and youngest child of The Queen and The Duke of Edinburgh (2007), touring Los Angeles, CA alongside Ingrid Jenson, Lisa Henry, and BTW's Jazz Septet (2007), and much more. When applying to colleges, Mark took a different route than predicted. He surprised all of his friends and colleagues when he decided to attend Johns Hopkins University; not for music, but for psychology. After two years of the strenuous premed route at Johns Hopkins, Mark began to understand how much music really meant to him. He decided to complete his psychology degree, but added on a second degree in jazz piano at the Peabody Institute, all the while waking up at the crack of dawn every Sunday morning to perform as Music Director at a dynamic multiracial church in Baltimore, MD. For six years, he composed, arranged, and taught a wide array of styles to compliment the diverse and energetic congregation. In 2011, Mark earned degrees in jazz piano from The Peabody Conservatory and a Bachelor of Arts in psychology from The Johns Hopkins University. After graduating, Mark decided for the first time in his life to focus solely on music. He received a full tuition Graduate Assistantship from The Peabody Conservatory where he completed his Graduate Performance Degree in jazz piano. As an exciting jazz pianist, composer, bandleader, and educator, Mark is quite the dynamic musician who simply has the whole package. His versatile musical background allows him to interconnect every walk of life.

Here's what you say about
Mark Meadows - Somethin Good.