Tom Hubbard - Slidin' at Ya Live 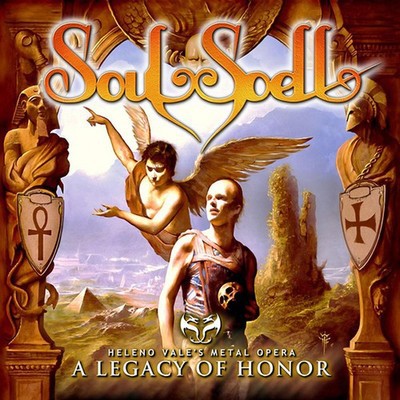 Tom Hubbard, is without a doubt one of the finest and most unusual Slide-Guitarists on the music circuit today. Tom's energy-driven performance style can only be described as a combination of New Orleans rhythms, a funky Swamp backbeat, and a taste of the Mississippi Delta with a structure that is both unique and originally refreshing. His vocal inflections and song writing resonate from a mystic realm of bygone times known only to history. All of this culminates into a subtle dissemination of various thought-provoking topics, each relating to a based conceptual theme. Tom has devoted numerous years to the development of his music and has created a particular style of guitar playing that portrays a variety of 'in the moment' moods that make an overall statement within the music rather than relying on a general conception throughout. His interpretation is by far not a straight-ahead approach, but the music retains a somewhat understated traditional ambiance which allows a root from which listeners my make scenarios from their own thought patterns. As well as his music, Tom was trained as a formal theatre actor. He had held the leading roles in such stage performances as 'Equis', 'Who's afraid of Virginia Wolf' and 'Mr. Stemson/ Mr. Gorse'. Some television and film credits are as follows: 'The Rising Son'(with Brian Dennehy), 'Love Potion #9'(with Sandra Bullock), 'Web of Deceit'(with Judith Light & Michael Gross), 'Boxing Helena'(with Julian Sands), 'FreeJack'(with Mick Jagger) and 'Conspiracy To Kill'. Additionally, Tom has appeared in several episodes of the television series 'In The Heat Of The Night'(with Carol O'Connor). In 1994, Tom signed his first recording contract with Elixir Records. This album was entitled 'Slideslinger', and was released April of that year. This album was a somewhat straight-ahead Blues endeavor powered by Tom's slide-guitar. It was the release of this album that took Tom beyond a regional aspect and prompted a successful national tour. 1998 brought Tom's second release entitled 'On The Dark Slide' to the attention of a wide range of music fans and critics alike. This album, however still in the Blues genre at the time, prompted appeal to a more varied audience because of it's darker and more mystic content. Along with a hint toward the commercial aspect, this project heightened the curiosity of people worldwide, and it was at this point that the question arose 'Who exactly is this Tom Hubbard?'. In September 1998, Tom was asked by BBC Radio in England to perform songs from his CD 'On The Dark Slide'. This was the result of a current tour Tom was doing to promote the release. Since that performance, and subsequent interview, Tom has gained great recognition throughout the UK music community. Tom was touring extensively throughout North America, Canada and Europe when the idea came from his record label, via the response of the fans, to do a 'Live' CD. Tom's third CD entitled 'Slidin' At Ya LIVE' was recorded at a venue shortly thereafter and was released in the Spring of 1999. It represents Tom's slide-guitar performance at it's no-holds-barred and intense best, which he has became known for wherever he performs. Additionally, the rhythm section delivers a backbeat to Tom's music that is tight and full of energetic dynamics. In recent years, Tom has been touring the globe about 10 months out of the year. His travels have boosted a worldwide recognition of American Roots-Music and has opened the avenue for permanent associations on all continents. Tom's newest album entitled 'Shadows and Potions' was released April 2003. It is by far the most interesting project to date. It encompasses many avenues that Tom has desired to pursue. It takes the listener to a different realm previously unknown by those who follow Tom Hubbard. This CD tips highly to the darker and supernatural side of ones persona. It is intensely thought-provoking and creates a self-observation atmosphere in which to dwell.

Here's what you say about
Tom Hubbard - Slidin' at Ya Live.