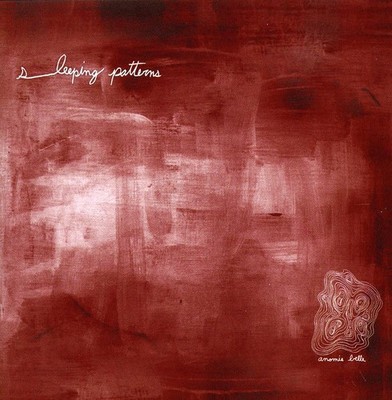 Anomie Belle's parents gave her a karaoke machine when she was ten years old. She immediately chucked the pre-set karaoke tapes and began multi-track recording her own songs. Already a classical violinist performing in an orchestra, Anomie had also taught herself the piano. She recorded one instrument at a time to the tapes, adding vocals and harmonies. Desiring more layers, she began teaching herself to play more instruments; she hasn't stopped. To this day, Anomie Belle's music asserts itself through careful layering of rhythm, texture and harmony while remaining moody and sensual. As a college student, Anomie Belle became dissatisfied with her ability to fully produce her own music, so she studied drums, audio engineering and electronic programming. She spent the next four years working as a radio DJ, studio musician, chamber violinist and producer in Madrid, New York, Buenos Aires, Glasgow and Amsterdam. While immersed in the music communities of each locale, Anomie began concocting her eloquently sexy style, drawing upon the multitude of genres that surrounded her. Anomie Belle arrived in Seattle (in the fall of 2006) itching to ambush the ears and minds of listeners. The haunting melodies that had so often soothed the crowded nature of Anomie's own mind, materialized, with angsty experimental soundscapes and provocative lyrics set to introspective urban beats. She recorded Sleeping Patterns in solitude over the next two years while playing live shows to test her ideas on ever-so-willing Seattleites. Choosing to self-release Sleeping Patterns (Nov. 2008) only led Anomie Belle to tour and collaborate with the likes of Tricky, The Album Leaf, Mr. Lif (The Perceptionists), Jon Auer (The Posies, Big Star), Little Dragon, Bajofondo, and Trespassers William, over the next two years. She also shared the stage with Bonobo, Sea Wolf, Kid Koala, Azure Ray, The Heavy, Asobi Seksu, Emily Wells, Tristeza and others. Belle also began composing original music for film, television and video games. You might say... "Anomie Belle has proven herself to be a legitimate quintuple threat as a masterful composer, producer, programmer, vocalist, and multi-instrumentalist. Her sultry, smoky vocals combine with her slithery, seductive programming for the perfect balance of sexiness and darkness. Having toured with the likes of electronica stalwarts Tricky and Little Dragon, Anomie Belle is poised to find itself among the most revered names of the genre" - URB Magazine *** Anomie Belle finds herself in a unique position in more ways than one. Less than 5% of music producers (and audio engineers) are female. Don't think she doesn't know it! Anomie has become active in empowering the next generation of female musicians to develop skills as producers and engineers, mentoring young women in audio recording, electronic music production, and film composition through several local nonprofit organizations.

Here's what you say about
Anomie Belle - Sleeping Patterns.