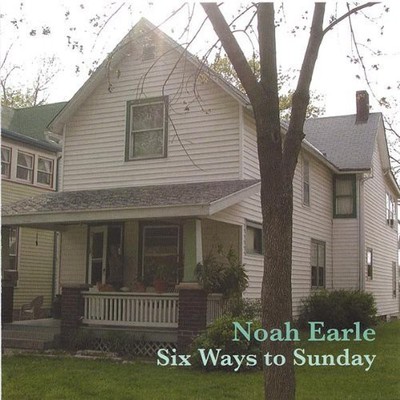 Noah was born in Topeka, Kansas, "a good place to dig potatoes." His musical involvement began in early childhood when he would listen to the traditional country and country-gospel music that his family would play and sing at their gatherings. By around age six, his uncle had taught him some chords and he'd sit in the corner with his miniature guitar, struggling to mimic the chords that they fretted. Between the ages of about 5 and 18 he underwent classical training for piano, voice and fiddle (his grandpa said "never let anybody call it a violin"). By the age of 10, he had decided that he wanted to write songs, like his uncle and grandfather, starting with gospel lyrics (at a very young age) and moving on to sappy love songs with piano accompaniment. Throughout this time, he was also exposed to blues and jazz by his dad and another uncle, both of whom sang and/or played in a number of bands. He and his brother Nathan spent several years singing contemporary R&B in junior high and high school, then got into alternative rock 'n' roll. In 1996, the year Noah graduated from high school, they went to Hollywood and worked with Mr. L. Entertainment (then a subsidiary of Disney). Dissatisfied with the synthesized production of their songs, and unable to crank out enough songs that seemed like pop single material, they came back to the Midwest, traveled to Europe and South America, and played around the Kansas City area for a couple years with the various bands they put together, including the Great Plains Weathermen. Noah has been touring as a solo performer throughout the Midwest for over 3 years. His debut CD, "Six Ways to Sunday," has garnered him praise in the UK, Belgium and the Netherlands, as well as at home. Most recently, Noah won the solo category of the Kansas City Blues Challenge and was a finalist in the International Blues Competition in Memphis in January of 2006. His second album, "Postcards from Home," is scheduled to be finished in April of 2007 and will be his first release on Mayapple Records.

Here's what you say about
Noah Earle - Six Ways to Sunday.