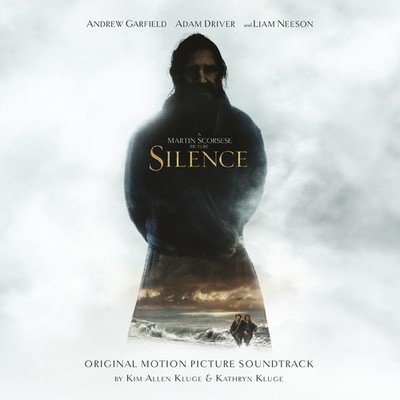 Original soundtrack to the 2016 motion picture. Composed by Kim Allen Kluge and Kathryn Kluge, the music is very atmospheric. The historical drama film directed by Martin Scorsese and written by Jay Cocks and Scorsese, based upon the 1966 novel of the same name by the Japanese author Shusaku End. The film was shot entirely in Taipei, Taiwan, and stars Andrew Garfield, Adam Driver, Liam Neeson, Tadanobu Asano, and Ciarán Hinds. The film premiered in Vatican City on November 29, 2016. This film marks the second adaptation of Shusaku End's novel, which was previously adapted by Masahiro Shinoda into a 1971 film of the same name. The film is considered a "passion project" of Scorsese's and has been in development since 1990, two years after the release of Scorsese's most controversial film, also with strongly religious themes, The Last Temptation of Christ. When asked why he retained interest in the project for over 20 years, Scorsese stated: "As you get older, ideas go and come. Questions, answers, loss of the answer again and more questions, and this is what really interests me. Yes, the cinema and the people in my life and my family are most important, but ultimately as you get older, there's got to be more. Much, much more. The very nature of secularism right now is really fascinating to me, but at the same time do you wipe away what could be more enriching in your life, which is an appreciation or some sort of search for that which is spiritual and transcends? That's one of the reasons why I made the George Harrison documentary. Silence is just something that I'm drawn to in that way. It's been an obsession, it has to be done... it's a strong, wonderful true story, a thriller in a way, but it deals with those questions."

Here's what you say about
Kim Allen Kluge - Silence.