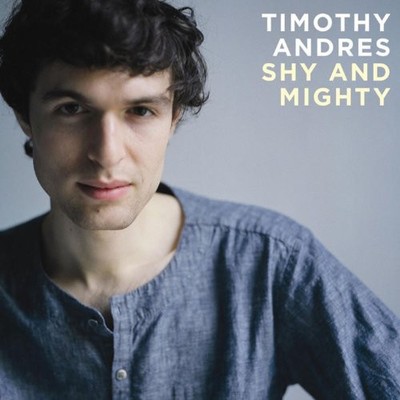 25 year-old pianist and composer Timothy "Timo" Andres can already claim a resume and a stack of press clippings to rival many a more mature artist. Andres was just halfway through his undergraduate studies at Yale University when critics, teachers and fellow composers, including John Adams, began to take serious notice of his skills as both writer and player. It started in 2004 with famed author and New Yorker essayist Alex Ross, who heard Andres at a student recital. Impressed, like many at the time, with Andres's execution of Charles Ives' difficult "Concord Sonata," Ross described Andres as "a formidable pianist" and praised his budding skills as a composer with a discernibly individual voice. In 2006, after a New York City concert, Boston Globe critic Richard Dyer wrote, "The performances were sensational; Andres had no trouble taking the audience along with him wherever he wanted to go. New music cannot be intimidating when played with this degree of skill and zest." Like that concert, Andres's wryly-titled Nonesuch debut, Shy and Mighty, is immediately engaging. His work, by turns contemplative and playful, is presented in a pristine, unadorned setting that makes his prodigious artistry seem almost effortless, his performance an intimate exchange with each listener. With all of it's 10 pieces arranged for two pianos, Shy and Mighty also features the pianist David Kaplan, a performer the New York Times has praised for his "striking imagination and creativity." Though each track stands firmly on it's own, Andres perceives Shy and Mighty as an album-length work, a new-music piece wrapped in pop-album structure. (Though steeped in the classical canon, Andres has expressed his admiration for such artists as Brian Eno and, especially, the electronic duo Boards of Canada.) His writing has an entrancingly pastoral quality, particularly on "How Can I Live in Your World of Ideas?," but Andres often intersperses these stunningly beautiful pieces with what he likes to call "needle drops," short sonic surprises that provide an illuminating reference or musical quote that offers deeper insight into a composition or takes it in an intriguing new direction. "Out of Shape" starts meditatively, then builds to a grand, downright breathtaking mid-section. Fans of label-mate Brad Mehldau's solo work will appreciate the quick-witted changes along with the deeply expressive playing. Last spring John Adams showcased Andres in a young performers concert he curated for the Los Angeles Philharmonic. Andres, said Los Angeles Times critic Mark Swed, represented for Adams "the idea of the modern composer being open-minded and communicative, with the performer chops to pull everything off." Swed himself added, "What [Adams] didn't need to say is that being young, eager, inventive, stylistically omnivorous... makes pianist Timothy Andres all but irresistible to an audience." in the package liner notes, Andres offers brief, humorous descriptions of each piece and discusses his working methods at length in a printed interview with Ronen Givony of New York City's Wordless Music series. As his words and music prove, Andres is a major talent for a new century. Shy - perhaps; mighty - indeed.

Here's what you say about
Timothy Andres - Shy & Mighty.