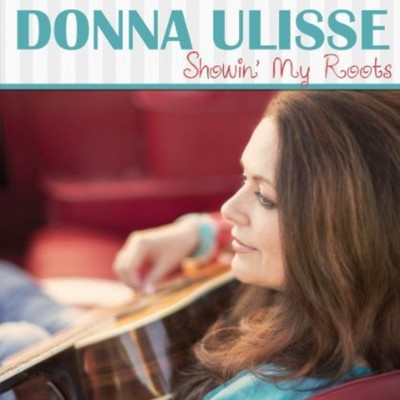 It might seem surprising for a performer who has been nominated as IBMA's top songwriter for two successive years to be releasing a "covers" album, but ? in a sense ? that's what Donna Ulisse has done with her latest effort. Yet, while Showin' My Roots puts Ulisse's interpretive skills on fine display, it stands as far more than a stylistic exercise or even a tribute. Although her deft touch as a lyricist and composer is present on only two of these 13 tracks, the rest are songs that form the bedrock of her musical heritage: She has lived and breathed them for so long, she might as well have written them. And she breathes new life into them with her magnificent voice, as warm and supple as ever, backed by some of the finest musicians in bluegrass music. Ulisse co-produced Showin' My Roots with acoustic guitar virtuoso Bryan Sutton, and the supporting cast includes Scott Vestal on banjo, Rob Ickes on Dobro, Andy Leftwich on mandolin and fiddle, and Viktor Krauss and Byron House on upright bass. Sam Bush duets on the traditional work song "Take This Hammer," and harmony vocalists include John Cowan, Carl Jackson, Larry Cordle, Fayssoux McLean, Larry Stephenson, Frank Solivan, Jerry Salley and Rick Stanley, Ulisse's husband and band mate. This is a diverse collection of songs, in tempo and sentiment. The Stanley Brothers (cousins of Ulisse's husband) are represented in songs penned by Carter (the sprightly "How Mountain Girls Can Love") and Ralph (the resigned "If That's The Way You Feel"). Ulisse honors two heroes with her spin on Merle Haggard's version of Dolly Parton's "In The Good Old Days When Times Were Bad." "Your Good Girl's Gonna Go Bad," made famous by Tammy Wynette, shows her feisty side, as does Loretta Lynn's "Fist City." She serves up a gorgeously wistful take on Hank Locklin's "Send Me The Pillow You Dream On," and an earnestly prayerful "Wait A Little Longer Please Jesus." Two songs that Ulisse wrote with her husband bookend this album. Both beautifully illustrate the love that went into this project. The album-opening title track is an ode to those whose "singin' and writin' lit a fire in me": Haggard, Parton, Lynn, Carter Stanley. And "I've Always Had a Song I Can Lean On," closes the album with a message that illustrates the importance music has always played in Ulisse's life. From beginning to end, Showin' My Roots is as an extended love song to her influences, and one that lovers of bluegrass and traditional country music are sure to enjoy again and again. These timeless performances may well light a fire in generations to come.

Here's what you say about
Donna Ulisse - Showin My Roots.