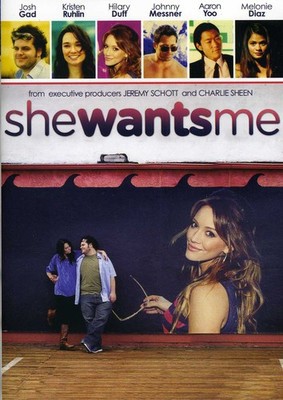 A neurotic writer, Sam Baum (Josh Gad), working on his new film gets into a tricky situation when an A-list actress shows interest in the role intended for his girlfriend. Sam is a lovable, quirky, neurotic NY native, is living in LA with his beautiful girlfriend, Sammy (Kristen Ruhlin). a girl he knows he's lucky to have in his life. Previous to hooking up with Sam she was previously married to John: a, tall, fit, gorgeous, extremely successful Harvard med school graduate, who she's remained cordial with. Before Sammy, Sam hasn't had much success, romantically. He's an emerging filmmaker with one feature film under his belt that nobody's heard of. And she's an aspiring actress, inching for her big break, which may never come, unless Sam offers her the female lead in his next project, which he does... The night before one of the hottest, most in demand actresses working today, Kim Powers (Hilary Duff) reads the scrip, and insists on playing the female lead. If Sam casts Kim in the part he knows the film will get made, but he already promised the part to Sammy, what's a guy to do?

Here's what you say about
She Wants Me.