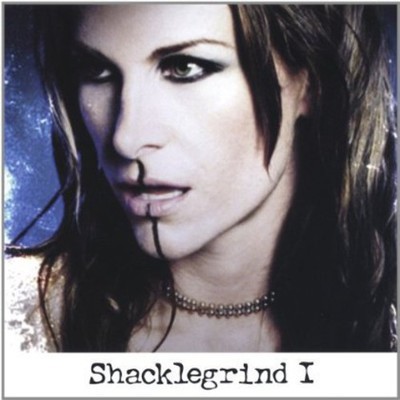 Steph first got into music at the age of four, plunking it out on the piano with fervor. She then went on to start writing music in grade school, expanding to keyboards in junior high and then the guitar in high school. 'I picked up an old Talking Heads album in second grade and threw that puppy on my 'Snoopy and The Red Baron' record player,' says Steph. 'It changed my life. I instantly started hopping up and down doing 'the pogo' and there was no turning back from there.' After taking some audio-engineering and sound-design classes in college, Steph quickly learned the art of recording, arranging and mixing audio. Steph then went on to expand her learning by spending four years doing interviews and spending time in the studio with some of the top audio producers, composers, mixers, sound designers and audio engineers in the world, including Trent Reznor, Hans Zimmer, Alan Moulder, Butch Vig, Jack Dangers, Chris Vrenna, Keith Hillebrandt, Richard Devine and others, whose tips and insights she then took back to her own studio to better produce her own projects. Steph wrote, recorded, mixed and mastered her first five-song CD 'Steph: the demo series' at home in her old bedroom in Menlo Park, playing all of the instruments, creating all of the sounds and singing on the tracks as well. Released in June 2001, Steph's CD instantly captured the attention of DJs in the SF bay area and across the US. The CD has remained in rotation and Steph has been a featured artist on several college radio stations, including KSJS, KSCU and KZSU. Steph also contributed lyrics and vocals in July 2001 on 'Outside of Here,' a track on instrumental act Andalusia's 'Such A Heavenly Eyesore' CD. In early 2002, Steph had a new studio built, debuted the 'Shacklegrind' moniker, and started writing/recording/engineering new tracks for 'Shacklegrind I.' In September 2002, Steph played some pre-released tracks while being interviewed on KSCU. In October 2002, Shacklegrind was asked by her friend, filmmaker/videographer Mark Hamilton (who is also the bass player in the band Ash), to score some music for his/Ash's indie slasher film which will star Ash and feature cameos from Chris and Jonny of Coldplay, Moby, Dave Grohl, Andy Dick and others. In December 2002, Shacklegrind was granted a lofty priviledge: to put her hands all over a Jack Dangers track! This ultra-cool, top-secret remix is well under way. In January 2003, Shacklegrind got her hands on some unreleased material from sonic mayhemist, architect of aural mayhem, Richard Devine. She instantly jumped on the opportunity to remix/do versions of three of his songs. The forthcoming versions will be remixes with guitar and vocal additives woven into the soundscapes. In February 2003, both producer/remixer Jason Slater (Snake River Conspiracy) and sound designer/remixer/engineer Keith Hillebrandt (Useful Noise/NIN) agreed to remix tracks for Shacklegrind. In March 2003, Steph sent six tracks off to Alien Sound for mastering. In May 2003, Tim Wheeler of Ash asked Shacklegrind to remix an Ash track. In June 2003, Sean Cook of Lupine Howl (Beggars) agreed to let Shacklegrind remix a track off of the band's 'bar at the end of the world' CD (Lupine Howl features the former members of Spiritualized). In July 2003, Brad Wolf (WBR-Nashville) asked Shacklegrind to remix a track off of his coming debut album. On October 25, 2003, Steph/Shacklegrind started shipping her second studio CD, 'Shacklegrind I.' This EP delivers six new grinding, driving electronic-hued spook rock tracks, covering the vast emotional territory between trust, lust and betrayal. Tracks include: 'chances are,' 'blaspheme,' 'on the edge,' 'need,' 'the director' and 'confusion.' As usual, Steph performed, recorded and mixed the EP all by her lonesome in her home studio. Steph also released a new home-cut video for 'blaspheme' that she filmed and edited in just three days for web release in conjunction with the release of 'Shacklegrind I.'' In November 2003, Apple hosts Shacklegrind as the guest of honor in the ' What's On' section of the QuickTime site, as well as one of the ' QuickTime Hot Picks' for the week. The Shacklegrind QuickTime Listening Party allows millions of people worldwide to listen in to a continuous rotation of all six tracks of 'Shacklegrind I' in an MPEG-4 quality stream. In late January 2004, due to her addiction and obssession with all things audio, Steph launches new pro audio magazine, called Audiohead.net. The site gets over half a million pageviews in the first month following launch. In February 2004, Steph relocates to Los Angeles and starts rebuilding the Shacklegrind studio. Due to Steph's sitting in as Technology Editor for Scratch Magazine's launch in May 2004, as well as contributing cover stories to Digizine - the print and web-based Pro Tools magazine, the new studio setup was delayed a bit, but finally up and running by May 2004. Recording begins once again for 'Shacklegrind Raw.'