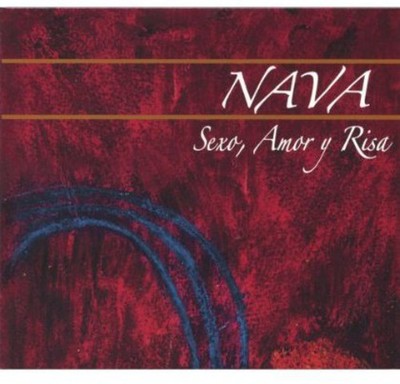 Nominated for Latin Grammy Awards as best alternative album of the year. -Lida Socapi Music Nominated to Just Plain Folks Awards -Just Plain Folks Nava has made the kind of boldly electric record that is long overdue in tropical music. He is a strong songwriter with an intimate feel for how Puerto Rico and world is evolving. Ed Morales -Village Voice Two Thumbs Up!!!!! Gina Manroe -New York Aims When I'm with my girl I like to listen the music of NAVA, It turn me on ... -Sofía and Karolyn, German unity This is the kind of sound that you would like for a great dancing meditation. Deep Tantra -Osho Way of Life, magazine. Nava is one of the most important Latin Songwriters of modern times. He has composed mega-hits for superstars like mexican born/ international Pedro Fernandez. Latin Megastars like Jose Feliciano, Jerry Rivera, Wilkins, Olga Tañón, La India, Ednita Nazario, Elvis Crespo, Manny Manuel and Gilberto Santarosa have sold millions of albums with NAVAS songs. Nava has been nominated twice for 'Best Song' Grammy Award and has won three ASCAP awards in the categories of Salsa, Merengue and Ballad. He has won multi Platinium, Platinium and Gold Albums. Nava wrote the soundtrack for the acclaiming movie 'The Mysterious Rose' and the award winning TV Series ' You will never know'. It took five years to complete this album .... Sex for living, Love to get to the heart and laughter so when the end comes we discover like a child the deep mystery that we never understand. That's why It is a gift for you and for the world. Now He is exporting around the world his last production: SEXO AMOR Y RISA (Sex, Love and Loughter). In this beautiful journey, Nava explore and mix different rythms with glorious melodies creating a whole new, erotic lounge music. Nava has been combining the best of Latin Rhythms with the best of European Sounds like rave and arabic intruments. The tottally new world music of the century!! Please ...undulge in this sensorial and sexy mix of merengue, bomba, cumbia, salsa, rave, trance, jazz and balad. This album is highly erotic, perfect background music for any sexual encounter..... 10% of the profit will be donated to OSHO Fundation to save tropical forest in Carite, Puerto Rico.

Here's what you say about
Nava - Sexo Amor y Risa.