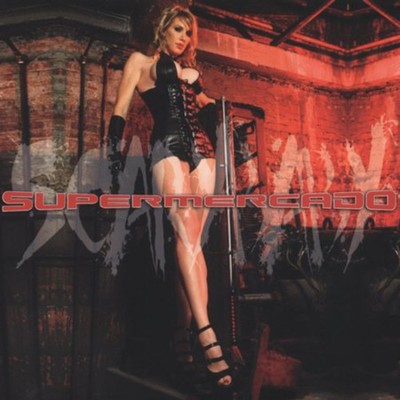 First take a brash concoction of melodic hard rock, industrial thrash metal, electronica, rap, and power pop. Meld that together into singable, memorable songs, and you have... $UPERMER¢ADO! $UPERMER¢ADO is a collection of some of Chicago's finest Rock n' Roll musicians. Founder Matt Mercado first ripped up the Chicago scene in the early '90's with local legends Daisy Chain, leading to a seven figure recording deal with Mercury records (Kiss, Bon Jovi). The band changed it's moniker to Mindbomb and recorded their first CD under the production of Max Norman (Mega Death, Ozzy Osborne). MindBomb went on to tour the US and Europe extensively opening for rock legends such as Kiss and Rob Halford. Mindbomb also gained critical recognition and many major motion picture sound tracks including the classics Cliff Hanger-Sylvester Stalone, and Kalifornia-Brad Pitt. In the late '90's the discorded Minbombers called it quits. Undaunted, Mercado formed regional faves Pivot Man with the star studded Chicago rhythm section Gregg Potter (featured in January 2004 Modern Drummer), John Skender, and Sean Osteos who through their careers have shared the stage with legends such as Eddie Van Halen, Steve Stevens, and Rob Halford. In 1998, Pivot Man self released their first CD The Hor-Ned One and were subsequently signed to Mystic Records. Their 2001 follow up CD Blood Monkey was played heavily on MTV's Road Rules and the Real World. Pivot Man went on to perform countless shows in the States from Chicago to L.A. dazzling crowds and gaining the opportunity to open for legends Motley Crue in Chicago and Detroit. After the band had run it's course Matt Mercado, Gregg Potter, and John Skender rejoined with Ray Garrett, and new comer Rapper/Soul Singer Cliff Hunt to form one of today's most exciting rock acts, $UPERMER¢ADO! With the release of their debut CD Scary Baby, $UPERMER¢ADO is looking to captivate national audiences, as well as garnering much attention and air play from college and major rock radio stations across the country, as well as XM radio. Their rambunctious and energetic live show is sure to thrill rock enthusiasts around the globe!

Here's what you say about
Supermercado - Scary Baby.