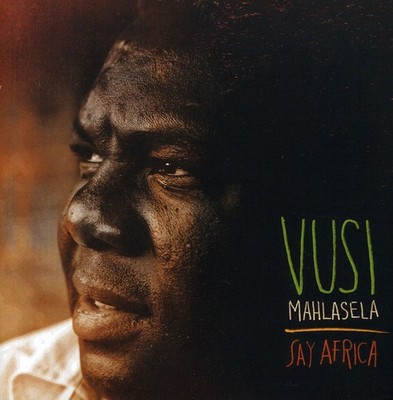 Vusi is simply known as "The Voice" in his home-country, South Africa, cel, ebrated for his distinct, powerful voice and his poetic, optimistic lyrics. Raised in the Mamelodi Town, ship, where he still resides, Vusi has been a leading singer-songwriter and poet-activist in his home country and internationally. Vusi has released two albums to date in North America on Dave Matthews ATO Records and has performed on stages worldwide alongside Paul Simon, Ladysmith Black Mambazo, Josh Groban, Hugh Masekela, Bela Fleck and more. SAY AFRICA, recorded at Dave Matthews Bands studio in Charlottesville, VA, is a collection of songs with a strong message of hope not only for South Africa, but for the entire continent. While hosting a benefit concert in San Francisco for 46664, Nelson Mandela's HIV/AIDS initiative, Vusi met legend, ary bluesman Taj Mahal. (Vusi is an ambassador for 46664.) Two years later, Mahal came on as producer after hearing demos of some of Vusis new songs. Taj Mahal lends vocals and banjo and Angelique Kidjo shares her voice and energy on "Nakupenda Africa, " which the two artists performed together at the World Cup Kick Off Concert.

Here's what you say about
Vusi Mahlasela - Say Africa.