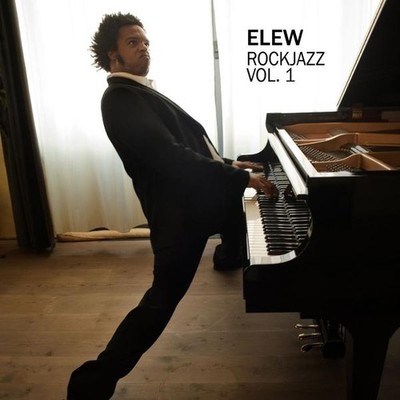 "Eric Lewis-he's a monster! I haven't seen anyone compare with the kind of talent that he has." - Elvin Jones, Jazz Legend "His playing is like performance art...the term 'genius' flashes to mind." - Gotham Magazine "If Duke Ellington invited Mick Jagger to an exclusive jam session and created a musical fusion, it would sound something like Eric Lewis...(he) promises to introduce a new era of jazz musicianship" - Giant Magazine "...a marriage of soul and, classicism, of strength and emotion...you could feel the forward motion in it..." - Donna Karan, Fashion Designer 'His playing was playful but also serious to a point of being spiritual.' - Wynton Marsalis, Jazz Musician ...a crowd-riler, moving from ostinatos to blenderized whirls of notes, hitting the keys about as hard as anyone can, lodging his solos into your neck. The audience applauded both extremes. - New York Times "...a dynamic, Coltrane-infused blend of rock repertoire and dynamics with jazz chops...talent, energy and confidence in abundance..." - London Metro "...Lewis doesn't just play the piano. Rather he owns - pwns - it. Reaching inside the lid, he pulls and pounds at the strings, creating a magic eye pictures of sound - walls of noise that suddenly snap into focus as you realise you're actually listening to the opening bars of Evanescence's Going Under, or The Knife's Heatbeats or Nirvana's Smells Like Teen Spirit. And just as you've worked out what's going on with the strings, Lewis starts on the keys - reinventing songs you've heard many times before in ways that you'll probably never hear again." - Paul Carr, The Guardian UK "Lewis has completely flipped the jazz world inside out, chewed it up and spit it out as a reformed rock entity. Today's 'Basquiat on the Keys' is not just a pianist; he is a piano seducer and, at times, a piano murderer, and it's all part of his signature style" - YRB Magazine Eric Lewis doesn't play the piano, he devours it. He doesn't play music, he channels the divine. - Mariska Hargitay 'It's beautiful, just incredible music...Eric Lewis is one of those people we call iconoclastic.' - Judith Jamison.