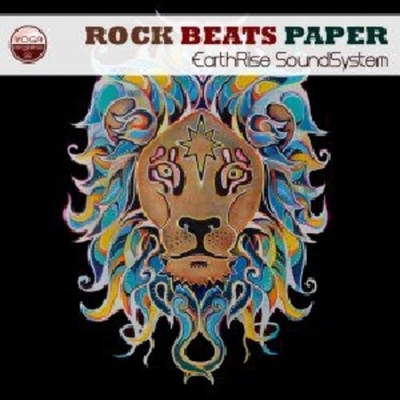 Earthrise Soundsystem's second full-length album, Rock Beats Paper (Yoga Organix/Black Swan Sounds), flips the script of the classic children's game and serves as a wake-up call to the consequences of choosing money over the environment. "For so long the paper of money has been beating out rock-the elements, the resources of this planet-and that's all changing," says producer/percussionist David 'Duke Mushroom' Schommer. "The time has come for that to be revalued. Clearly our planet's resources are worth more than our paper money." After reaching #5 on the iTunes World chart and receiving accolades from the NY Times, Boston Globe, Yoga Journal, MTV and NBC Weekend Today with their debut, the Yoga Sessions, Schommer and Derek Beres return with hard-hitting, percussion-driven rhythms tempered by a wide range of melodic influences, from India, Pakistan, Jamaica, Brazil, Peru and America. "The first album was specifically designed to match the arc of a flow yoga class," says Beres, a Los Angeles-based yoga instructor and DJ. "With this album, we decided to pay homage to the dance floor as well as the yoga studio." the album's two lead singles, 'Let's Get Together' and 'In Love,' feature NY-based emcee Srikala, as well as soul mantra singer C.C. White and Lucy Woodward, who is currently on tour as Rod Stewart's back-up singer. Beats are the most prominent feature throughout, especially on 'Shiva's Dance Hall,' featuring Forro in the Dark vocalist Davi Vieira and longtime Earth Rise collaborator MC Yogi. Dancehall vibes continue on 'You Lovin' Me' as Camille Armstrong brings serious patois; Srikala returns for his third verse and Ramin Sakurai of Supreme Beings of Leisure adds his signature Rhodes. The anthemic 'Earth to the Sun' features Karsh Kale front man Vishal Vaid, whose ethereal Ghazal vocals soar above the punchy rhythm and live santur from pioneering performer, Max ZT. The album's title track, 'Rock Beats Paper,' features singer and actor Kevin Mambo, who played Fela Kuti in the Broadway musical Fela! And also toured with the Book of Mormon. 'Canamo Medico' features Mesta Meni and Chonon Quena chanting Shipibo icaros of the Peruvian rain forest over a rootsy cumbia beat driven by flutes and drums. 'Bhavani' features Sheela Bringi on vocals, flutes and harmonium, as well as cellist Dave Eggar on strings (who also plays throughout the record). The album's closer, 'Caravan Dream,' is fueled by Schommer's percussion and Go-Ray's elegant sitar performance; the nearly seven-minute instrumental journey is perfect for the studio, or whatever flow you find yourself partaking in.

Here's what you say about
Earthrise Soundsystem - Rock Beats Paper.