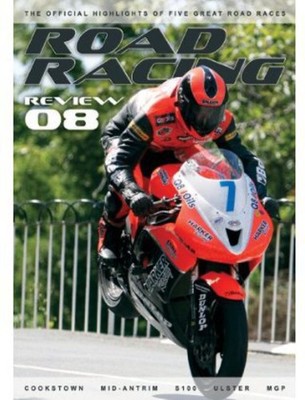 Count down 12 of road racing's greatest ever races in this action-packed collection of fast and furious between-the-hedges competition. Many of the closest, fastest and most memorable showdowns of the modern era are here, featuring the biggest names going flat out for glory. Leading road racing commentator Stephen Watson is your guide as you experience our selection of Road Racing's Great Races, with action from the Ulster Grand Prix, Macau, Southern 100, Cookstown 100, Mid-Antrim 150, Manx Grand Prix and North West 200. There's comprehensive coverage of all 12 of the carefully selected events, featuring incredible race action captured by the best camera angles, including plenty of white-knuckle on-board footage, and interviews with many of the leading riders. Road Racing's Great Races features Phillip McCallen, Ian Lougher, John McGuinness, Richard Britton, Ryan Farquhar, Adrian Archibald, Guy Martin, Ian Hutchinson, Steve Plater and a host more of the biggest names in the sport. The extraordinary, unbelievable and unforgettable moments just keep coming, from the nail biting battle between Mike Edwards and McCallen around the twisting streets of Macau to one of the closest-ever finishes on the Isle of Man Mountain circuit - the 2006 MGP Junior results settled by just 0.01 of a second after more than 150 miles! There's the record-breaking pace Ulster GP showdown between Martin and Hutchinson, the breathtaking four-way dice for victory during the 2005 600 cc race at the Ulster, Michael Dunlop's hard-fought and emotionally charged win at the tragedy-hit 2008 North West 200 and many, many more historic moments. Road Racing's Great Races is our selection of 12 of the best contests from 1995 to 2008.

Here's what you say about
Road Racing Great Races.