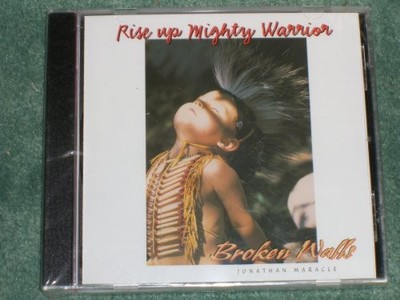 Broken Walls was conceived in 1995 by Jonathan Maracle (a Mohawk from Tyendinaga Territory in Ontario, Canada) while attending a conference called the Sacred Assembly in Ottawa/Hull. As different First Nations speakers spoke of the walls that have been built between the visitors to this land and the First Nations people, he began to see the need for these walls to be broken and wrote the song Broken Walls on the spot and performed it on the drum at this Gathering. Broken Walls now consists of Bill Pagaran (Tlingit) from Palmer, Alaska on the drums. Bill has been a percussionist for the Alaska Symphony Orchestra. Kris Delorenzi (Italian) from Thunder Bay, Ontario on bass and backup vocals, a university trained musician. Jonathan Maracle (Mohawk), lead vocalist and guitarist. Jonathan has performed with a number of well knows bands. Broken Walls bases many of their songs on the ancient sounds of the First Nations People of North America and perform often around their large Pow Wow drum, singing songs of and to the Creator. The band has a team of First Nations Dancers that often accompany them in full regalia when they perform. Broken Walls has toured worldwide over the past 7 years in such places as Peru, Mexico, China, Switzerland, France, Germany, Australia, Israel, Hawaii, Costa Rica, Ireland, and extensively across North America. They have taken the healing quality of their music into many places where restoration and reconciliation were needed, with great results. Broken Walls was featured at "Intervarsity Christian Fellowships" Urbana (America's largest missions conference) We are also booked with Noel Richards at the Olympic Stadium in Berlin, Germany in July 2006 for the "Call to the Nations" worship festival. Other organizations we have worked with... Joshua Revolution, Many Nations One Voice, 700 Club, Toronto Airport Christian Fellowship, Gathering of Nations International, Briercrest College, Elijah House Ministries, Global Harvest Ministries, 100 Huntley Street, Spirit Alive Television Ministries, Sid Roth, YWAM and World Vision Canada to name a few. Broken Walls has released 7 albums to date. Their latest album is called 'HEALING WINDS", an instrumental Mohawk Flute album.

Here's what you say about
Broken Walls - Rise Up Mighty Warrior.