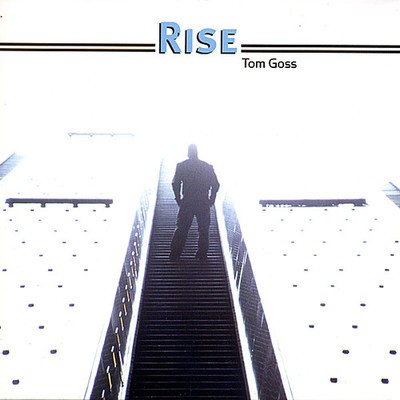 Rise, a new EP from singer/songwriter Tom Goss, will be released on January 8, 2008. The second CD from this soulful and energetic DC-based musician-whose former life as a Catholic seminarian gives him an unusual perspective on life and love-should win him new attention and fans. The six songs on Rise showcase Goss's stylistic flexibility. The urgent growl of "Morning Sun" dissolves into the anthemic title track, in which airy guitars soar above martial snares. Goss steps it up with the syncopated hip-shaker "Come Around" and then channels Let It Be-era McCartney for the somber piano spiritual "A Thousand Times Before." Rounding out the disc are two love songs: "Bed of Clouds," a dynamic ballad that juxtaposes tenderness and passion, and "King of Something Right," a sparklingly beautiful yet unadorned declaration. Echoing throughout is the theme of rebirth and renewal-a playlist for anyone traveling from darkness to light. It's a journey the 26-year-old Goss recently made himself. He moved to DC in 2004 from his hometown of Kenosha, Wisconsin to attend seminary, but grew strongly disillusioned with religious life and made a soul-rending decision to leave. With his plans for the priesthood in tatters, a new self-awareness of his sexual orientation, and a desire to do meaningful work and music, Goss set about building a new life. The songs on Rise stem from that period of pain and reinvention. Since April 2006, when he released his self-produced debut, Naked Without, Goss has been playing area coffeehouses, bars and showcases. For Rise, Goss assembled a strong musical and production team. His acoustic guitar and vocals are supported by Brian Goddard on bass/guitars and Raymond Yrure on drums/percussion, with Jim Dugan on guitars, keyboard, percussion and vocals and Jay "Mocha" Waller on sax and harmonica. Dugan co-produced the EP with Ben McCall, who engineered the album.

Here's what you say about
Tom Goss - Rise.