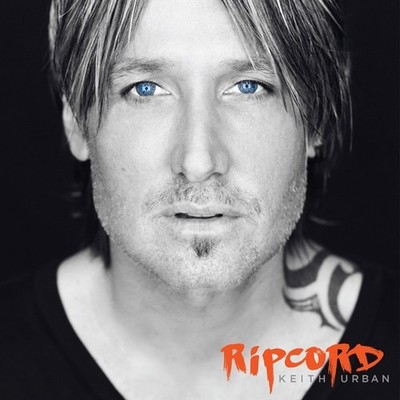 2016 release, the ninth album from the country superstar. Ripcord features a virtual who’s who of creative collaborators for an album that Urban says was his most exhilarating album to make, both musically and creatively. For the 13-track album, which has already produced his 19th and 20th #1 songs, Urban amassed an eclectic group of Grammy, CMA, ACM Award-winning writers and co-producers, who that have collectively worked with the likes of Adele, Jason Aldean, David Bowie, Luke Bryan, Kelly Clarkson, Brett Eldredge, Fun, Lady Gaga, Jay-Z, Madonna, Daft Punk, Pink and Taylor Swift. They include new collaborations with Jeff Bhasker, busbee, Greg Wells and Nile Rodgers, as well as those who Urban has worked with before, including Shane McAnally, Ross Cooperman, Dann Huff and Nathan Chapman all of whom worked with Urban on his previous # 1 album Fuse.

Here's what you say about
Keith Urban - Ripcord.