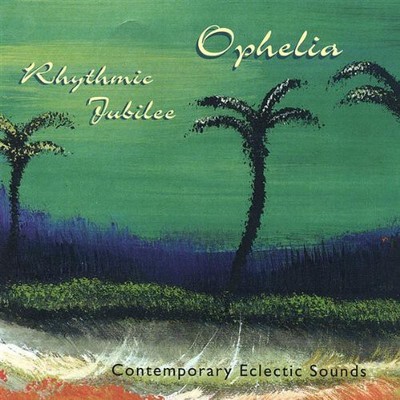 ~Ophelia Handberry~ Award Winning Pianist & Composer Ophelia, has merged styles together creating Contemporary Eclectic Sounds ranging from Jazz, New Age, Latin, Classical, Native fusion, African and Jigs! Her music carries a stirring, modern, earthy undertone with a uniqueness that appeals to diverse audiences. Phenomenally gifted and classically trained, Ophelia, started playing chords up and down the piano at 3, performing at 5, composing at 8. Ophelia tours include extensive national and international touring. Ophelia's previous titles, April Storm CD, Native Ground... Stand My Ground CD, Echoes...Under the Sun CD & Always Eat African American Food are timeless masterpieces that show a broad range of Ophelia's eclectic abilities. WHAT'S NEW? Ophelia's NEWEST and FIFTH release, Rhythmic Jubilee, is the first that she recorded LIVE with musicians based out of Connecticut & New York, featuring, Paula Handberry on second piano, JoTan Afanador on drums, Larry Deming on violin and Stevestyles Rodriguez on bass. The music brings a Vision of Tropical Splendor and Contemporary Eclectic Sounds with an energetic undertone of LATIN-JAZZ! This CD has already become favorite and it will have you movin' and dancin' to the beat! Miraculously, the music breaks boundaries and appeals to a loyal following and diverse audience! Ophelia performances have been noted as being Full, Rich and Sparkling and one that will inspire you to follow your own dreams!!! If you are looking for something innovative, energetic to help motivate you to follow you very own dreams, check out the Rhythmic Jubilee CD. RADIO & TV Ophelia has been well received to listeners in over 35 states and received air play on over 60 radio stations, National Public Radio, nine syndicated programs and numerous International Radio Stations. Her music has been featured on PBS national programs & she has made special appearances on Warner Brothers TV, NBC & FOX TV. Music Critics describe Ophelia as 'incredibly passionate!' 'Ophelia is truly a gifted person. Not only is she technically sound in her playing, but the feeling she conveys through her music is deep, passionate, and inspiring.' Claudia Russell, WVPE- Elkhart, IN 'What a marvelous musician and composer.. The jazz and classical influences combined with earthy undertones are stirring... ' Lou Simon Music Choice- West Orange, NJ. 'This CD, by a very talented pianist and composer, is like a breath of fresh air in a worn and tired world. It is filled with shimmering piano-based melodies that make you happy.' Music Editor of Creations Magazine IN CONCERT Seeing Ophelia perform LIVE is a truly entertaining event. Her upbeat and warm personality coupled with her intense, dynamic energy and impeccable talent will captivate you as she beautifully performs unique eclectic sounds. Ophelia's show is something you will not want to miss. Visit her web site and join her mailing list for the 2004-2005 concert dates.

Here's what you say about
Ophelia - Rhythmic Jubilee.