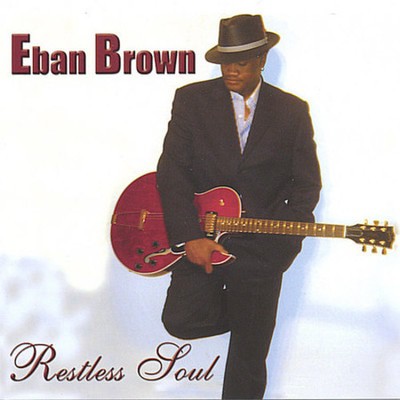 EBAN BROWN SMOOTH JAZZ RECORDING ARTIST He is a World Class Guitarist/Composer, Born Harold Eban Brown, June 14, 1972 in Newark, New Jersey. Eban exhibited a gift for music at an exceptionally early age, spurred on by strong family structure and a firm belief in God. Eban Brown began his interest in Studying Jazz Guitar with the Influences of Wes Montgomery, George Benson, Larry Carlton, Grant Geissman, and Bobby Caldwell while playing guitar and singing with several gospel groups at age seven. Eban Brown was schooled in various elementary schools, due to related professions held by his father. It was during this time that the young Jazz Guitarist and Vocalist, Eban Brown, realized another gift, that of Songwriter. In 1991, Eban Brown became the lead vocalist for his idol artist group RAY, GOODMAN & BROWN (better known as The MOMENTS), although originally was supposed to sign on as the group's Guitarist, he was instantly moved to the frontline singing with his Idol group instead. Inspite of his untimely talent to hold frontline with a Legendary group, the founding members thought his Physical characteristics were too young at the time to take up Promotional Photos for marketing, so he continued to perform with the group for 2 ½ years before becoming a member of the one time Grammy-Award winning group, THE MANHATTANS, featuring Gerald Alston and Blue Lovett for a reunion which his stay was very short lived due to future accomplishments. In 1993, Eban became the lead vocalist of the DELFONICS, and is the first lead vocalist of the DELFONICS inducted into the 98.7 KISS FM HALL OF FAME, in New York City, the NAACP HALL OF FAME, in Atlanta, GA in 1996, receiving a NAACP award for his accomplishments also as Lead vocalist of The DELFONICS. Eban Brown has dazzled fans overseas, as well as the United States as Lead vocalist for the DELFONICS, which featured Wilbert Hart and Major Harris, with the DELFONICS, Eban has recorded a Live Album "Wil Hart and The DELFONICS live in Chattanooga, TN in 1995 which was considered one of the group's most treasured recordings. In Mid 1998 due to adversity with the Music Business Brown departed to another Field and to Structure Family life before striking success again In April 2000 with unanticipation, Brown became the lead vocalist of the world renowned STYLISTICS, following Mr. Russell Thompkins Jr., the original lead vocalist. As it stands, Eban is the Youngest Classic Soul recording Artist in the History of Classic Soul Music. In 1994, Eban Brown also produced two songs for Rap Artist Rob Base, on the Album "Break of Dawn", which featured the DELFONICS, the two songs were "Are You With Me", and "chillin'. In 2002, Eban formed Stardom Records, with his first solo album release, entitled "Master Suite", a Jazz/Pop masterpiece with an amazing Acoustic Guitar feel. Since then One of Eban's many endeavors are to continue to record original Music that people would enjoy listening to as well as writing music for other artists'. In July 2004 came Eban's second Album release Entitled "Restless Soul", which is highly influenced by Pop with Jazz Overtones. In 2006, Eban released his third Album release Entitled "Exit 15", it's a Collection of 10 Selections which 5 are Originals and the other 5 are remakes that mark some of the Greatest Songs he always vowed he'd record.

Here's what you say about
Eban Brown - Restless Soul.