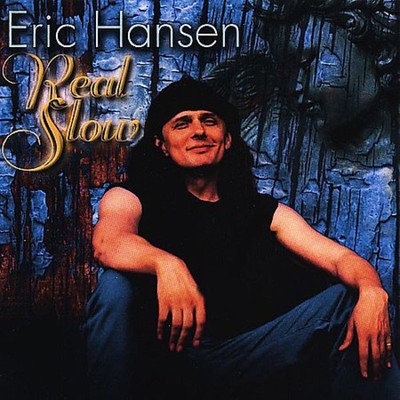 Eric might as well have a campfire on stage. The warmth and intimacy of his songs and performance style embrace every person in the audience. Stephen Seigel (Tucson Weekly) writes: '...His trademarked earnest-in-a-time-of-irony-songwriting.' His body of work includes whimsical songs about frogs and baby geese, passionate songs about love lost and love found, playful adult songs with a groove and sexy slant and inspirational songs that ask human beings to build a bridge of hands in cooperation. His performances have made grown men cry and children adore him. There is a sense of humor both in the guitar work and the sensibility of this sensual and thoughtful man. The first thing you notice is his voice, which combined with intense and confident guitar playing, makes for a rich and exciting musical experience. Originally from Highland, Indiana, Eric began playing guitar and singing at family gatherings at the age of nine. He played in Chicago coffee houses throughout his teens, and then studied guitar, voice and musical composition at Chicago Musical College, where he stumbled upon the theater department. He spent four years as both songwriter and performer with Chicago's Free Street Theater, then 17 years in New York working in musicals, plays, radio plays, commercials, soap operas, cabaret and nightclubs. In the past 30 years, Eric has performed in every possible type of venue from state of the art theatres, churches to hockey stadiums, from mental institutions to sidewalks and hospital beds. In 1995 Eric focused his career on performing as a solo singer/songwriter. His debut CD, 'Eric Hansen/Lucky' was released in 1997, followed by 'Real Slow' in 1999. Spring 2001 released two new CDs, 'Hero In The Dark' & his Kid's CD 'Nobody Know.' He designed and taught the music program for pre-schoolers at the Hudson Guild in NYC. Eric teaches and coaches singers and guitar players. Eric won a 2002/03 Tammie Award for Acoustic Guitar, 1999 Kerrville New Folk finalist, 1998 Back Stage Bistro Award for Outstanding Songwriter and 1999 for Outstanding Song. Among other venues Eric has played: House Concerts, The Fast Folk Café, Unity Churches, Texas Firelight Theater, The Bluebird Café, NYC area hospitals for HAI, and The Living Room. He's performed in three showcases for ASCAP and has sung back-up for Robert Gordon. Eric can be heard on various jingles in Tucson. He is a member of the Folk Alliance. Eric happily resides in Tucson, Arizona 4 CDs 'Lucky', 'Real Slow' 'Hero In The Dark' & 'Nobody Knows' '...wraps his voice of supple leather around the solid sole of his songs for music that wears well mile after mile. His simple songs of substance forgo artifice, aiming more directly for the heart.' R.Warr, Sing Out! 'There is a continuing strand of thread that runs through Eric's music, from song to song, album to album, and is woven into the lyrics and that is that 'Life is hard, but life is good'. Paul Katona, Borders Books & Music 'After the first strum of his guitar and note from the mouth harp on the first track 'Trouble', I knew I was in for a great recording. Maxine Jewett/Greg Ford- Acoustic Scenes 'The title cut with the reference to Montana will be a sweet tune to use as well as any other cut I've heard so far.' Rik James KGLT radio 'American Backroads 'I enjoy the music. You have a hopeful and great future ahead of you.' Oscar Brand, Folksong Festival- WNYC Radio 'Above all, the songs are heartfelt and the guy is sincere, and that goes a long way in the irony-drenched climate we've all gotten so accustomed to.' Stephen Seigel-Tucson Weekly 'This guy really blows me away. How smooth with guitar. What a voice, what songs, what sensitivity, what honesty and lust for life!' Joe Henry-Acoustic Sounds Café.

Here's what you say about
Eric Hansen - Real Slow.