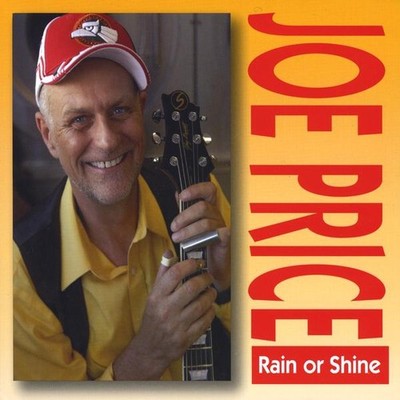 Joe and Vicki Price catapult energetic country blues. This is finger style guitar in the Elmore James/Muddy Waters tradition, a bit rough and tons of fun. Joe has been performing his ruff and tumble blues for over 35 years; a one-man blues tornado who can pack, command and wring-out a dance-floor with the authority of an eight-piece show band. While Price inhabits classic blues standards as if they were favorite shirts, his own deep and varied bag of original music is so formidable that noted Grammy-award nominated singer/songwriter Greg Brown has long referred to Joe as "the Buddha." Vicki Price is a distinctive, blues-belting guitarist who is as earthy, unique and seductive as a greenhouse orchid. Her intuitive, swinging blues style, accuracy and lyrical, light-fingered touch are unmistakable. Of course, the intersection/collision of Vicki's life with that of Joe Price more than 25 years ago accelerated the process, but-make no mistake here - the creative, musical impact of this romantic pairings was and remains a bustling two-way street in nearly every way imaginable, and the artistic achievements of both partners are irrevocably intertwined. Joe Price was inducted into the Iowa Blues Hall of Fame in 2002, The Iowa Rock and Roll Hall of Fame in 2007, and was a finalist in the International Blues Challenge 2006. He has appeared on National Public Radio on the Michael Feldman "What Do You Know Show" and the "Big Top Chautauqua Show" opening for Greg Brown. Joe was endorsed by the Greg Bennett Guitar Co. In 2007. Joe and Vicki's flamboyant, distinctive work on the Reso-Lectric guitars earned them the endorsement of the National Reso-Phonic Guitar Company in 2006. The couple were featured performers at Iowa Governor Chet Culvers inauguration celebration in 2007. Their new release 'A Brand New Place' was nominated by the Central Iowa Blues Society for the 'Best Independent Release' competition at the International Blues Challenge held in Memphis 2008. The pair have opened for such notables as John Lee Hooker, Willie Dixon, Homesick James, Honeyboy Edwards, Louisiana Red, The Reverend Al Green, Greg Brown and Iris DeMent . From coast to coast, and from concerts, to clubs, to outdoor festivals, the Price's singular vision and dazzling, irresistible live performances continue to etch a steady, upward arc.

Here's what you say about
Joe Price - Rain or Shine.