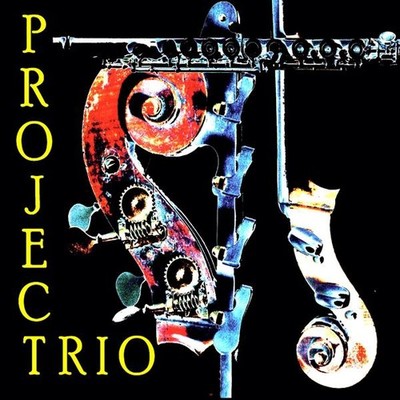 Following the success of their first two CD's, 'Winter in June' & 'Brooklyn', this effort yields far more musical innovation than one might expect from a traditional chamber ensemble. Based in Brooklyn, PROJECT Trio emerged from a classical background, but has found an unconventional and energetic voice through the exploration of unique performance techniques. Their obsession with program versatility and contrast of musical style is executed by Flutist Greg Pattillo, Cellist Eric Stephenson, and Double Bassist Peter Seymour. Simply put, their music synthesizes Hip-hop, Rock, Bluegrass, Americana, Jazz, and Classical music to create their truly distinctive sound. Ian Ding, Principal Percussionist for the Detroit Symphony puts it this way: 'The Project Trio lights it up every time they play! I can't think of another "classical' ensemble with so many infectious grooves and such a brilliant sense of fun. These guys are for real!' Frank Rosenwien, the principal Oboist for the Cleveland Orchestra, adds: 'PROJECT Trio is the rarest of musical ensembles; virtuosic and exuberant, but also incredibly subtle and introspective. This trio is made up of some of the most creative people from the classical music world.' Pattillo, Stephenson and Seymour's roots can be traced back over 13 years to when they met at the Cleveland Institute of Music. After working with famed ensembles including the Cleveland Orchestra and the Houston Symphony, PROJECT Trio got it's first big break in 2006 when Pattillo's groundbreaking beatbox flute videos were featured on YouTube showcasing a key part of the group's signature sound. After 40 million views, PROJECT Trio's YouTube channel, 'Freedomworksfilms', has amassed a following of over 45,000 subscribers. Pattillo has been lauded by The New York Times as "the best person in the world at what he does". Overall, the album builds upon the sound that is at the foundation of the group's success, with heavy hitting originals such as 'Dr Nick' and 'Fast' and reinterpretations of 'Sweet Child O' Mine', by Guns and Roses and Dave Brubeck's "Blue Rondo a la Turk." But in addition, with this album, PROJECT Trio has also raised the bar of the classical crossover genre, as Pattillo, Stephenson and Seymour have emerged as innovative composers combining classical themes and complex rhythmic components. These techniques are best exemplified by tracks such as "Visual Machine" and "Arco/Pizz." visit www.whatisproject.org for more info and a list of PROJECT Trio's upcoming events.