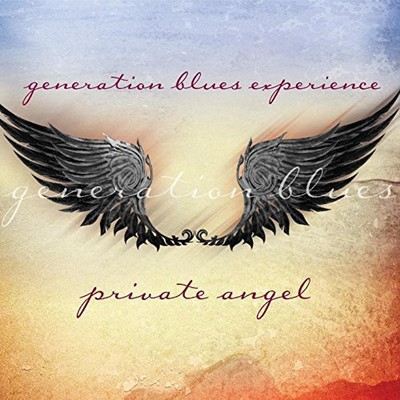 In July 2012, twelve year old Ray Goren, visited Bell's - a blues juke-joint located in South Central Los Angeles. There, he met seventy-eight year old Jamie "Bluesboy" Powell and sixty-eight year old "Harmonica" Sammy Lee. Playing together, the three instantly discovered a spiritual connection that defied age and experience. They formed the Generation Blues Experience and for the past two years have bonded through their love of music. After opening for BB King in Monterey, California in February 2013, the three decided it was time to write and record their own original music. A short time later, Jamie was hospitalized and while coming in and out of a coma with Ray at his side, he asked Ray to write him a "signature" song worthy of a "blues" Grammy. By the time Jamie made his miraculous recovery, Ray had written the tune "Crazy" for him, describing a woman who, while crazy, still amazed Jamie. After being away from New Orleans for years, Sammy went to New Orleans to visit his ailing brother. Inspired by his visit, he wrote "Katrina", recalling the damage caused by the Hurricane with that name, but the resilience of the people. With two songs completed, the entire band was inspired to continue writing. Bobby "Hurricane" Spencer, the band's musical director, collaborated with Ray and they wrote Private Angel. Drummer Albert Trepagnier, Jr. got together with Ray and they wrote "Rainin". Bass player Lester Lands showed his gospel roots with "Put Love on Your Guest List". Bobby, Albert and keyboarder Tadg Galleran came-up with the rocking "Little Mama". Fans who heard about the project, requested two crowd favorites from the live shows: Sammy's original "Sugar Momma" and Ray's version of the cover song "Ain't No Sunshine". With the vocal and musical diversity, Private Angel is a testament to the fact that music breaks all boundaries.

Here's what you say about
Generation Blues Experience - Private Angel.