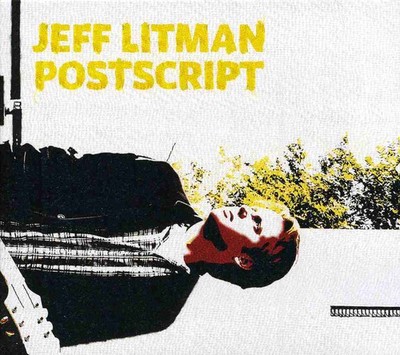 New York based singer/songwriter Jeff Litman has taken a long, learned route back to the basics. Born in Minneapolis, he was a serious guitarist by age ten -- quickly mastering the Bon Jovi and Motley Crue songbooks, then in later years, the Metallica, Guns'n'Roses, and Nirvana repertoires. By high school, he had turned his attention toward the melody-driven pop of Jellyfish, the Jayhawks, Elvis Costello and Jason Falkner. His tendency to musical immersion led him to Indiana University's renowned jazz program, from which he graduated in 2002. There, coursework and his own curiosity steered him to classical giants from Bach to Schoenberg, along with contemporary composers like Elliot Carter and Pierre Boulez. He became a classical guitarist.   In 2004, he began study at the Manhattan School of Music and graduated two years later with a master's in classical guitar performance. By the time he entered doctoral study at the City University of New York in 2007, Litman was well on his way to a life in classical music. But the sounds and loves of his youth proved too seductive and, after a bit of musical soul searching, he remembered why he took up guitar in the first place: he wanted to rock. After reaching that conclusion, Litman dropped out of graduate school and began feverishly writing and recording songs for his debut album, both at his home studio in New York and with producer/engineer Andy Thompson in Minneapolis. The result is Postscript, a sophisticated collection of indie-pop gems that vividly document the aftermath of a failed relationship. Drawing on his diverse musical background and personal experiences, Litman writes songs with infectious melodies, unique harmonies, rich arrangements, and deeply affecting lyrics. While Litman played most of the instruments on the album, he is joined by a few talented friends -including singer Kelly Jones, trumpeter Diego Merino, flutist Meghan Miller, and cellist Emily Dufour- who help bring the fullness of his arrangements to life.  Postscript is now available at CDBaby.com.

Here's what you say about
Jeff Litman - Postscript.