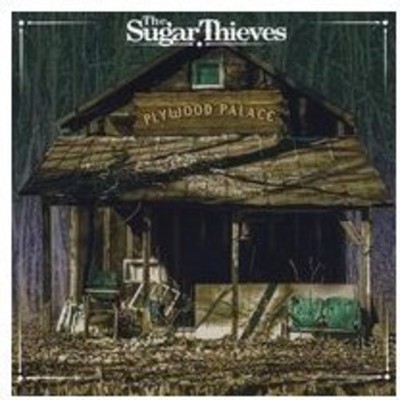 We've been working hard over the past six years to bring quality music and entertainment to anyone who will listen. Plywood Palace has a great selection of handmade songs, and also some good old covers from the 1930's. You'll hear sounds from the Delta, the Vaudeville Era, and New Orleans, and also flavors of Folk, Rock, and even a Country Waltz. No matter how you shake it, it's all American music, and the nails with which to build our plywood palace. About the band: The Sugar Thieves, out of Phoenix Arizona, have a sultry blues roots foundation, and powerhouse delta sound that will take you back in time. They also come equip with a fresh new style, high-energy showmanship, and a song list that brings music enthusiasts, of any age, to their feet! For two years running, 2008 and 2009, The Sugar Thieves won the Phoenix Blues Society's Arizona Blues Showdown, and were voted best blues band in the state. They went on to carry Arizona's flag to the International Blues Challenge in Memphis, TN (Feb. 2009/Jan. 2010) where they were voted one of the top ten unsigned blues bands in the world in 09. In 2010 The Sugar Thieves brought home the "People's Choice" award for their venue, The Old Daisy Theatre on Beale St. It's not just Blues lovers that appreciate The Sugar Thieves' toe tapping tunes. They were also voted best Americana band in 09 by the Phoenix New Times' "Summer of Sound Series", and nominated for Best Local Band in Phoenix as well. The singular vision that drives this band is to put on a show that's worth writing home about. Meridith Moore's voice has range and projection. Her sultry sound and her energetic stage presence will lift you off your feet. Mikel Lander's dirty pounder guitar style will take you back to the front porch pickin' ways of the South. His gravely vocals mix almost with perfection to Moore's. On the drums is David Libman, a one man wall of sound. He has rhythm and grace behind his kit, and a life time of experience driving the beat for bands around Arizona. Shea Marshall is a master on keys, and the crowd goes wild when he plays multiple saxophones at the same time. You'll also see Marshall playing anything from railroad spikes to accordion to the clarinet. He's a professional show stopper. Newest member of the group, Jeff Naylor, slaps and pops his upright bass with ease. He is one of the Phoenix valley's best upright players, and has been playing bass for decades on a national level. 'When the Sugar Thieves play, their union of the Big Band sound with a Jazzy Soul finish delivers creates a sound one would be hard pressed to duplicate or dislike. Every performance is like a party that starts on the stage and spills over into the crowd, reminding people how music was in the past and showing them what they have now molded it into. They have their own unique mix of history and experience that all people can relate to and enjoy.' -Bre Cline, Yab Yum Music The Sugar Thieves perform all over the US, and have shared the stage with major acts B.B. King, Susan Tedeschi, Blues Traveler, The Wailers, Pine Top Perkins, and Tommy Castro, just to name a few. They have performed at major festivals such as the 2010 Telluride Blues and Brews Festival in CO, 2010; Jazz on the Green festival in Omaha NE in 2008 and 2009; the 2010 McDowell Mountain Music Festival in Arizona; the 2010 Riverside Blues Festival in St. Mary's Ohio, and many more. 'Arizona's most ass-whoopin-est band, Blues or otherwise' -Washington Blues Society, Highway 99 Blues Club Members of 'The Sugar Thieves' include: Mikel Lander (Guitar/Vocals), Meridith Moore (Lead Vocals), Dave Libman (Drums), and Shea Marshall (Sax/Keys/Accordion/Bass Clarinet), and Jeff Naylor (Bass/Pedal Steel).

Here's what you say about
Sugar Thieves - Plywood Palace.