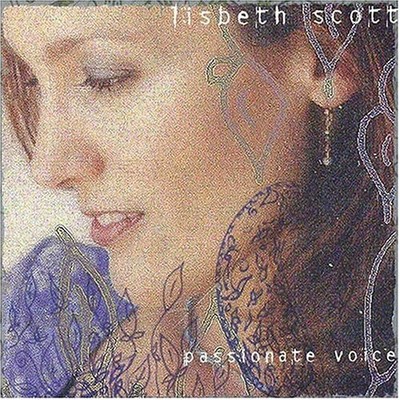 Lisbeth Scott is a singer/songwriter/instrumentalist from Topanga Canyon, California. Her voice has been called stunning, life changing, lushly emotional, dreamy and sensuous by publications such as The New York Times and The Boston Globe among others. A classically trained pianist, Lisbeth left the concert world to follow her own voice. She began a career immediately as a singer/songwriter, simultaneously beginning a life long study of the healing arts with the hopes of combining the two one day. Lisbeth soon developed a name for herself, working with LA's top film composers and placing songs on television's top shows. Her voice is featured in hundreds of films (Shrek, Sinbad), and television shows (Touched By An Angel, ER, Boston Public), the most recent and prominent being Mel Gibson's The Passion of The Christ, for which she has just garnered her first Gold Record for her work as a lyricist and vocalist on the score. Lisbeth's work as a solo vocalist and lyricist on this film has lead to appearances on The Tonight Show, The Today Show, and both national and international tours . The exposure this film has granted her has lead to a true integration of song and healing on a mass level, one which she has continued with her new release 'Passionate Voice'. Co-produced by Lisbeth and husband Nathan Barr, 'Passionate Voice' features a blend of acoustic world and contemporary sounds that goes right to the center of the soul. Hailed as '..nothing short of a holy experience', Scott's voice transcends this world, 'leaving the imprint of a feather on your heart.' ( indie-music.com.) Lisbeth works regularly as a featured vocalist and co-writer with Windham Hill artist Paul Schwartz. Schwartz' 2003 release 'State of Grace II: Turning to Peace' garnered countless critical accolades and was in the Billboard Top 10 for weeks. Scott and Schwartz are currently planning a new release for 2005. Scott writes and produces her own material as well, having released over 5 CDs on her Zone Records label. Her music has been described as a combination of Sinead O'Connor, Dido, and Enya, but is uniquely her own in style and content. With the success of this past year under her belt, Scott is excited to share her newest work.

Here's what you say about
Lisbeth Scott - Passionate Voice.