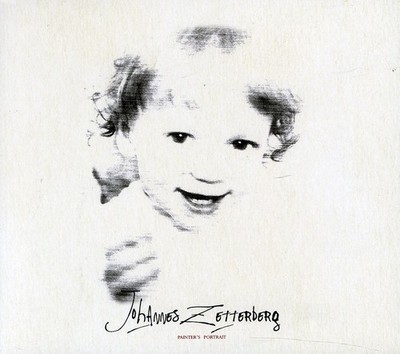 Two years after the release of the highly acclaimed debut "Luna Nueva", bassist & composer Johannes Zetterberg returns with his much-anticipated sophomore album "Painter's Portrait". Together with special guests Bob Mintzer (Yellowjackets, Jaco Pastorius, Buddy Rich et al.), Steve Weingart (Dave Weckl Band, Steve Lukather et al.), Brandon Fields (George Benson, Tower of Power, Earth, Wind & Fire et al.), Jason Rebello (Sting, Jeff Beck, Wayne Shorter et al.), and a host of Swedish session musicians, he once again delivers West Coast-influenced jazz/fusion of the highest caliber. Described as a more diverse & mature-sounding effort, "Painter's Portrait" is made up of 10 original compositions that are sure to dazzle all the fusion aficionados out there. Says Johannes: "I spent close to five years working on the debut, and while I think it turned out great, I was pretty fed up with it by the time it was released. This time all the songs still feel fresh & exciting, and as I decided early on to add a bit of vocals, 7-string bass, flute, EWI etc. To the mix, I also think that this album represents what I'm about musically in a slightly better way. I've always been inspired by a wide variety of genres, so incorporating these new elements really felt like a natural thing to do." From the opening a cappella mood-setter "Ghost of a Second (Prologue)", via "Beyond Borders" (with it's latin-tinged flavor, showing Zetterberg and the band at their rhythmic best), to the smooth ballad "For What It's Worth", and the infectious groove of the jazz/funk jam "Up For Grabs", Zetterberg and his cast of supporting musicians display their ability to move seamlessly between styles and genres, resulting in an album that is sure to keep the listener on their toes. "I really wanted to make an album that wouldn't get tedious after a few listens. My favorite albums have always been the ones that are somewhat eclectic and take a while to get into. Albums in which you discover something new & interesting with each & every listen, and that grows on you the more you listen to them. So yes, it was very much a conscious decision not to set any boundaries for what I could (or couldn't) do with this project, and really just let the songs decide which direction to take." "Luna Nueva" gave us a glimpse of Zetterberg's tasteful in-the-pocket playing, strong melodic sensibility and songwriting talent, "Painter's Portrait" now further establishes him as one of the most interesting names on the contemporary jazz scene today.

Here's what you say about
Johannes Zetterberg - Painter's Portrait.