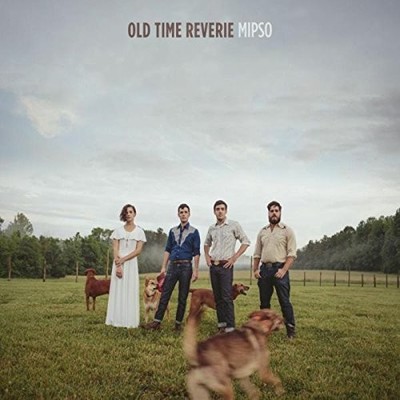 Spawned from the ongoing renaissance currently enriching and expanding the traditional vocabularies of old time and bluegrass music, Chapel Hill-based maverick string band Mipso put time-honored tools to work on new terrain, with evocative, intoxicating results on their new release Old Time Reverie. Years of constant touring have tightened their attack, lending a new degree of authority and cohesion to their sound. When Mipso's 2013 debut, Dark Holler Pop, rose to #8 on Billboard's Bluegrass charts, the success surprised a lot of people - including the band themselves. "Well, we didn't think so many people would embrace it," laughs mandolin player Jacob Sharp, "and we definitely didn't know we were a bluegrass band." Two years on, Old Time Reverie - produced by Mandolin Orange's Andrew Marlin at Chapel Hill's Rubber Room - reflects the quartet's continued musical and personal growth with their gripping and mature sophomore release. It's songs encompass and attempt to reconcile the contradictions of growing up in an evolving South, artfully careening from desperation to hope over the course of eleven atmospheric, engrossing original Others - listeners, artists, fellow travelers - have taken note of the young band's sincerity and success. "Mipso has toured many a mile," wrote Tony Award-winning author, composer, and musician Bland Simpson, "and whether one calls their music 'renegade traditional' or 'dark holler pop,' it scarcely matters. Theirs is the deeply soulful sound of North Carolina at it's striving, yearning best, their straight from-the-heart songs delivered with high artistry and powerhouse precision in every voice, every note."

Here's what you say about
Mipso - Old Time Reverie.