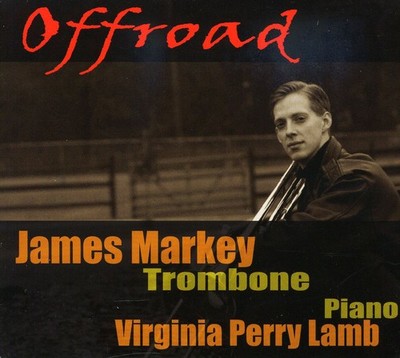 Appointed to the Bass Trombone position of the New York Philharmonic in June 2007, James Markey joined the Philharmonic as Associate Principal Trombone in 1997. Previously, Mr. Markey was Principal Trombone of the Pittsburgh Symphony Orchestra, and since 2001 he has been a member of the Sun Valley Summer Symphony. Mr. Markey has had numerous solo appearances with the Pittsburgh Symphony Orchestra, Sun Valley Summer Symphony, United States Army Band, Hora Decima Brass Ensemble, New York Staff Band of the Salvation Army, and the Hanover Wind Symphony. A sought-after educator, Mr. Markey has been a featured artist at the International Trombone Festival, the Eastern Trombone Workshop and the conferences of the New Jersey Music Educators Association and the New York State School Music Association. He has also appeared as a guest recitalist and clinician at major educational institutions, including the University of Toronto's Glenn Gould School, Manhattan School of Music, James Madison University, the University of Calgary and Mount Royal College, Rutgers University and the Boston Conservatory. He currently serves on the Bass Trombone faculty of the Juilliard School, and on the trombone faculty at Mannes College of Music. Additionally, he was on the faculty of the Juilliard School's Pre-College Division from 1998-2007, and has served on the faculties of New York University, Purchase College (SUNY), Montclair State University, and Sarah Lawrence College. Mr. Markey appears on several recordings of the Pittsburgh Symphony and the New York Philharmonic, and released his first solo CD, Offroad, in 2003. He can also be heard as a soloist on the Hora Decima Brass Ensemble's recording of Janko Nilovic's Concerto for Two Trombones. His first solo bass trombone CD will be released in Fall 2009. Mr. Markey studied with Joseph Alessi at the Juilliard School, where he received his Bachelor and Master of Music Degrees in 2005 and 2006.

Here's what you say about
James Markey - Offroad.