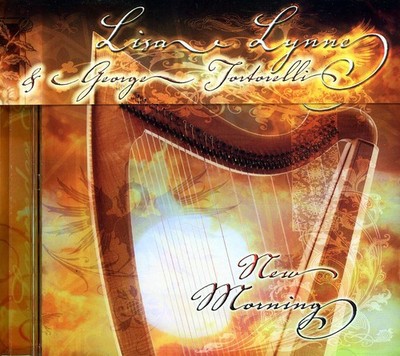 This album was a true labor of love.. It started it's conception from us being on the Winter Solstice Tour. The label would hire musicians to back the featured artists. We would travel together for weeks on end, city to city in a big tour bus. I totally fell in love with these guys, and they brought so much good energy to my songs. We became great friends and I decided I wanted to make an album that would sound just like we did as a group on stage. So this record was recorded a bit different from usual. Normally only one or two instruments play at a time, I go first with the harp tracks, and then various musicians come to the studio and put down their parts layer by layer, song by song. In the good old days, bands used to just perform together, and push the record button. That\'s what we aimed for in this record, so all the songs we played live in the studio together. We were in seperate isolation booths, so if someone made a mistake we could always go back, and that person could fix it, but for the most part, they were all one takes. It was so wonderful to see everyone at once between glass windows. These guys were so funny and fun.. Clowns you could say.. so the feeling of this record is very upbeat and joyful. ..full of fun.. I was so happy to have a whole group together, I was beside myself. There is always my ballad type tunes and slow softies, but overall, it's the liveliest record of the bunch I think. (although lively for me is still mellow to the rest of the world) One lady last week said she loved it, that it was a \'little toe tappin\' in places. This record is all original music except one traditional..it's my nod to Americana folk style / feel good / Celtic acoustic / lots of mandolin / fun instrumental happy songs. Well, ok, maybe one sad song. I made this record for people to play for dinner parties or family/ friends gatherings of some sort. Or driving down some beautiful scenic fields or highways. It's feel good music, and I think music makes people more beautiful, I wanted this music to cast that sort of golden glow on the faces that you love. I called it New Morning.. because it sounds like the promise of a good time ahead.

Here's what you say about
Lisa Lynne - New Morning.