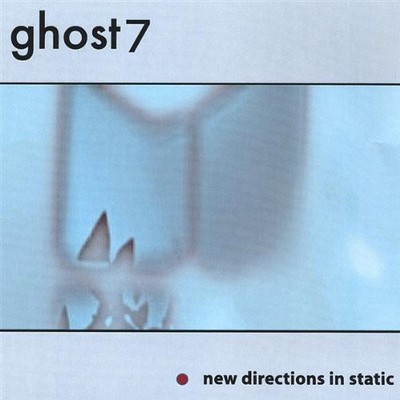 Music from the dream you had just before you woke . . . Press: Northeast Performer Profile story by Andrew Schrock You probably don't know it, but you're lucky that Dan Soltzberg, a.k.a. Ghost 7, is back in the area. During a year-long stint in California working as a teacher and over four years in Japan, his work as a solo bass guitarist has had ample time to grow. Living in the East has had an undeniable effect on Soltzberg, and not just because his studio is compact as a bento box. His pared-down music laboratory now consists of only a select few guitar effects, Korg sampling drum machine, and his bass guitar, which is his primary instrument. 'I make all this music off my bass. That kinda started when I was really young. A friend of mine got a synthesizer-- a Yamaha DX-7-- and he brought it over to my house, we were going to jam, he hit this arpeggiator and his keyboard just started making all this music, with the press of a button. I stood there with my 4-string instrument and I just went, how can I keep up with this? At that point it was kind of a crossroad, and I said, okay I'm going to embrace the limitations of this instrument, and I'm going to really see what I can do with it.' By choosing to operate simply by improvising bass tones into various processing and looping devices, he creates airy, ambient compositions similar to Robert Fripp. Perhaps this is the partial inspiration for his Ghost moniker, which he recently altered to Ghost 7. When probed about his inspirations for his deep music, he cites the Durutti Column, Kazuhisa Uchihashi, and Hood. Also, 'Dub music in general-- Scientist, Mad Professor, King Tubby etc. I just love the deep hard groove, all the space between sounds, and the nuance of the way each time you hear an instrument, it's mixed slightly differently.' He applies these concepts consciously to his current work, admitting, 'The genesis of this system that I've got now is 10 years of thinking about how I can do this, and how I can create a full spectrum of sound with this very simple instrument.' You probably wouldn't guess that the full range of bass rumbles, buzzings, and hums were all extracted from the same source. 'It's funny, I hate recording in a certain way, because I really feed off the energy of playing live. So the way I record is I inadvertently record as I'm playing at home,' he curiously describes his impromptu methods, 'It's like a journal of a time period.' Several things influenced his move to Japan, a combination of economic factors and an interest in Japanese architecture and pop culture, among them. While spending time there, he worked on several different projects, such as playing with John Harte, an Australian, in a band called Ultramarine Blue, and making connections that would lead to his composing a soundtrack for a film which is being entered into the Sundance Film Festival. 'We kinda fell into that scene through some people that we knew and we were playing with--we did a CD over there and we hired E-da (of Boredoms fame) as a studio drummer, because none of our drummers could quite pull it off .' The film by Daniel Chalwin and Colin Rivers is appropriately enough titled 'Japanned,' and follows 'a cross-cultural couple trying to deal with their differences.' Back in the US, he has been splitting his time between his solo work as Ghost 7 and Orange, a band he founded with his wife, Theresa. Soltzberg describes the latter as a 'wall of sound' project. Similar to Flying Saucer Attack or Labradford, immersive melodic layers and feedback enfolds delicate, sympathetic vocals.

Here's what you say about
Ghost 7 - New Directions in Static.

1) Laika
2) Without Theory
3) Snowbound
4) Only Through Assiduous Repetition
5) Remember This?
6) Screaming Gulls
7) The Last Time I Was Born
8) By Satellite
9) Lincoln Nebraska