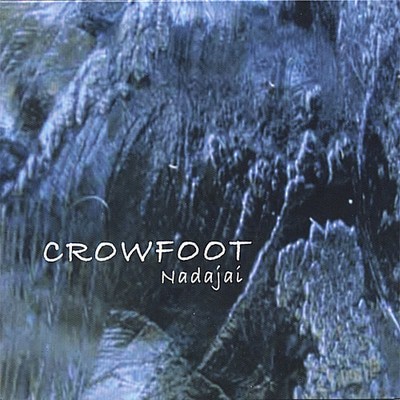 On our debut album we present a unique mix of original tunes; from lyrical airs to ripping reels, Nadajai is a musical collage reflecting our roots and the musical traditions of New England, Ireland, England, Brittany and Canada. '(Nadajai) has a consistently graceful Celtic-Classical sound that draws strong influences from New England Fiddle music, as well as from the music of Ireland and French Canada...This is definitely one of the better modern-celtic instrumental recordings that I've heard lately' -Tom Nelligan, Dirty Linen Magazine. 'If this trio is playing at a dance or festival anywhere near you, be there... The excitement packed in to this, their breakout CD is so palpable that one can only imagine what they sound like live...Jaige Trudel from Vermont on fiddle, Adam Broome from the Cotswolds of England on guitar and cittern, and Nicholas Williams from Montreal, Quebec on flute, accordion, and bodhran, bring together three major "roots systems" of traditional music, and the result is electrifying.' -Mary DeRosier, Sing out Magazine "I just had to write to tell you how much I love your CD. The tunes are beautiful and the arrangements are both full of energy and at the same time eloquently subtle. It's an amazing piece of work by any standard but to think that you guys wrote all that music truly blows me away. It easily ranks as one of the best folk CDs I've bought in years." - J. Cote, folk and jazz musician 'Great original material, expertly performed, beautifully arranged and carefully recorded, makes 'Nadajai' my selection as 'favorite Celtic album of the year' for 2005.' - George Fowler, 'New Potatoes', WERU-FM, Blue Hill (ME)

Here's what you say about
Crowfoot - Nadajai.