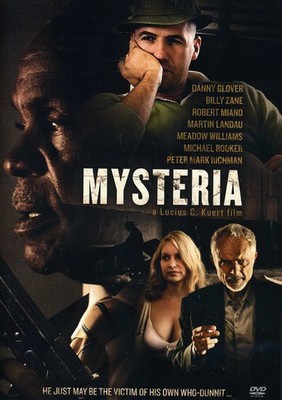 Once celebrated, Aleister Bain (Robert Miano, Fast & Furious, Dungeons & Dragons, Donnie Brasco) is now a whiskey-soaked, washed-up Hollywood screenwriter. Secluded in a sleazy hotel, he's desperately struggling to finish a script... with no success. But in this noir thriller, truth is stranger than fiction and the chain-smoking Bain abruptly finds himself at the center of an investigation into the murder of a prominent politician's wife. Even as he is relentlessly pursued by hard-nosed police investigators (Danny Glover, Shooter, Dreamgirls, Saw, Lethal Weapon and Michael Rooker, the 6th Day, the Bone Collector, Cliffhanger), events inspire him and he begins producing his best work in years - until it all spirals out of control. As the officers' suspicions continue to grow - and another woman turns up dead - Bain must unravel the mystery of who's framing him - before he becomes the finale of his own who-done it. Also starring Academy Award-winner Martin Landau (9, EDtv, Ed Wood, TV's Mission Impossible), Billy Zane (Titanic, Dead Calm, the Phantom) and Meadow Williams (Apollo 13, the Mask, Beverly Hills Cop III).

Here's what you say about
Mysteria.