Kathleen Lundquist - Light in Our Darkness 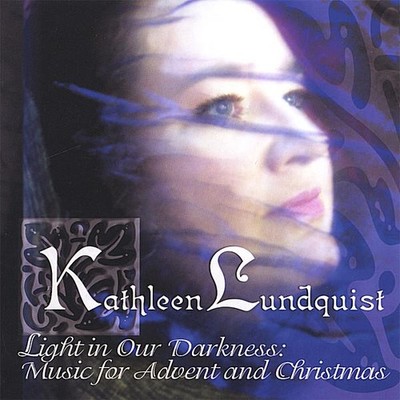 Kathleen Lundquist was born in southern California and raised in the Pacific Northwest. She grew up singing and playing piano at home, school, and church. She began writing songs at the age of 15 in the pop/folk styles of the late 1970's (think Joni Mitchell, Karen Carpenter), and she played keyboards and sang with several Portland bands in the 1980s and '90s. She has always enjoyed all types of music; she has performed with gospel choirs, jazz ensembles, rock bands, and even an experimental electronic vocal trio. With this album, Kathleen returns to her roots in classical and folk music, with fresh arrangements and reworkings of classic songs of the Christmas season. Light in Our Darkness also includes several original piano compositions and some beautiful, rarely heard carols that Kathleen was delighted to discover and is eager to bring to the listening public's attention. Kathleen's performance background also includes Renaissance madrigal ensembles, and her interests run strongly toward early vocal music, from the elegant simplicity of Gregorian chant to the light, crisp harmonies of the Renaissance and Baroque eras. The development of her singing style has been strongly influenced by the modern Celtic/New Age singer Enya, through whom she has discovered the wealth of the Irish folk music tradition. She also loves American folk music - especially spirituals, bluegrass, and the unique Appalachian singing style captured so well in the Anonymous 4's recent release American Angels. With the skills gained in her formal study of music theory and composition, along with her classical vocal training, she interweaves her arrangements of ancient melodies with medieval, Renaissance, and modern folk stylings. Kathleen's goal with her music is to be an instrument of peace on Earth. This album is a taste of the peace and hope, the light in the darkness, that Christmas is all about.

Here's what you say about
Kathleen Lundquist - Light in Our Darkness.