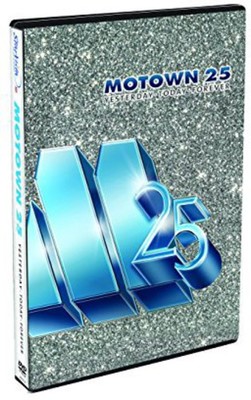 Celebrating the first quarter century of the little company that founder Berry Gordy Jr. turned into Hitsville, U.S.A., his history-making success story deserved a history-making concert, MOTOWN 25: YESTERDAY, TODAY, FOREVER! It debuted on NBC on May 16, 1983, and the morning after became an immediate water-cooler sensation. The highlight that caused the most talk was Michael Jackson's world premiere of his moonwalk (aka 'six seconds that changed the world') but MOTOWN 25 had an abundance of other buzz-worthy moments, too - reunions by the Miracles, the Supremes and the Jackson 5; the first battle of the bands between Four Tops and the Temptations; and the hottest comedian in the world at the time, Richard Pryor, as host. MOTOWN 25 was not simply a 2-hour TV special; it was a flashpoint cultural event! The show deservedly won an Emmy Award, but has been unseen for over 20 years, until today. Available now in an expanded 3-DVD version, it features 5.1 Surround Sound that reveals the music to it's fullest potential. Virtually every major Motown artists is spotlighted, including Smokey Robinson, Marvin Gaye, Stevie Wonder, Diana Ross, Mary Wells, Martha Reeves and Junior Walker. They perform classic Motown hits at this once-in-a-lifetime concert.

Here's what you say about
Motown 25: Yesterday Today Forever.