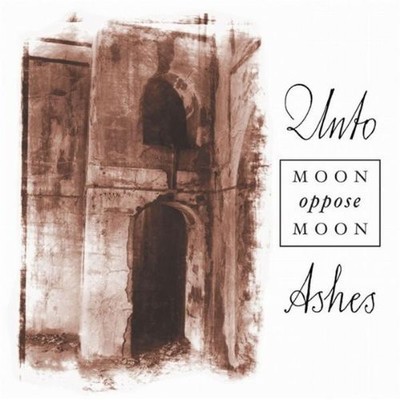 With somber beauty, Unto Ashes fuse old world instrumentation and modern electronics to create an ethereal amalgam which transcends temporal boundaries. The band's unique alchemy draws upon musical influences as varied as medieval, goth, post-punk, Eastern European folk songs and traditional Arabic chants. Honing their craft on dulcimers, keyboards, hurdy-gurdy, guitar, harp, percussion and voice, Unto Ashes create a soundscape full of haunting beauty - - - evocative, mesmerizing and powerful. A review from All Music Guide: Originally released in 1999, then re-released by new label Projekt the following year, Moon Oppose Moon, the band's full debut, shows lead member Michael Laird and his range of collaborators -- some of whom left before the album first appeared -- dedicated to the possibilities of melancholy, elegant gloom. That Laird names such bands as Dead Can Dance and In Gowan Ring as his favorites isn't surprising upon giving Moon a listen, but his choice of groups like Sepultura and Weekend shows that there's a broader appreciation at play. Add in the wide range of influences the others in the band bring to bear -- keyboardist Natalia Lincoln's love of numerous classical music composers, percussionist/singer Melody Henry's name checking from Current 93 to Pablo Neruda and more -- and the sense of range attempted at is apparent. Certainly the band's own description of itself as 'exploring apocalyptic folk and synthetic gloom' sums it up as well as anything. The vocal emphasis is generally on the trio of female singers -- most prominently Kit Messick, one of the members who departed after recording -- though Laird sings himself on about half the tracks, with a soft, gentle air. The combination of traditional music emphases and modern touches make the Dead Can Dance comparisons quite understandable, but there's a simpler, sparer approach on Moon than that band creates. Laird's delicate guitar playing and additional instruments help lead the songs, but the other performers, including the intriguingly-named Spider Grandmother on harp and Paul Ash on everything from hurdy-gurdy to plucked dulcimer, give the songs even more beauty and depth. Moon Oppose Moon is a striking first effort, well worth the investigating. ~ Ned Raggett A review from Alternative Press: Walking the scorched landscapes of the heart proves to be more uplifting than it sounds. Instead of indulging the darkness of goth, Unto Ashes find the art and use the form to illuminate the poignancy of life's tragic truths. For those who doubt the longevity of goth, Moon Oppose Moon proves that the genre is as timeless as it's sources of inspiration. The neo-folk elements provide a melancholy tenderness, while the medieval, classical and cinematic elements create an emotional undertow, melding the ancient and the modern results in a hybrid netherworld of beauty and loss, like a grand work of poetry set to music written for a film. Michael Laird (collaborating at times with Natalia Lincoln and Paul Ash) writes songs that are equally subtle and complex. 'Der Letzte Ritter,' with German lyrics, is rich and compelling, reminiscent of Jurgen Kniepers powerful score for Rivers Edge. Simple tracks like 'This Duration of Emptiness,' however, best portray the scorched landscapes of the human heart. In any other context, deeply affecting lines like 'Our love was like a child that died' would seem melodramatic, macabre, or both. In goth, however, that's pretty much the point, and the tenor of the music provides affecting support. Moon Oppose Moon is a beautifully tempered and darkly shaded album that deserves to be brought out into the light. - Mark Burbey.

Here's what you say about
Unto Ashes - Moon Oppose Moon.