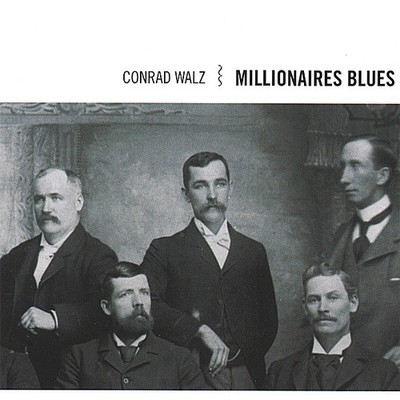 Conrad Walz is an accomplished singer/ songwriter/ musician from Calgary, Alberta, Canada. Though his style could be described as rootsy, sometimes bluesy, alternative country tinged, pop rock music, he prefers to just call it rock n roll. Suffice to say the song is king in Conrad's world. Melodic and lyrical hooks ride atop rough edged riffs and grooves while engaging the listener with heartfelt emotion, humor and a touch of attitude. Conrad's musical adventures began in the mid 1990's (we'll skip the childhood piano lessons and school choir stuff), with a rough and tumble band called "the Straw Dogs". Maybe more of a gang than a band, though they could certainly play, Conrad assembled a cast of characters who could deliver his guitar driven rock songs and have a bit of fun in the process. Releasing their one and only CD, "Hazy Places" in 1995, the group set out to conquer the world but unfortunately conquered themselves before they ever made it out of Calgary. The time between then and now could be summed up with the following headlines - (none of which ever made the paper, surprisingly enough) : 'Conrad Walz close to completing first solo album' 'Dispute with unscrupulous producer/ record co. Derails Walz album' 'Conrad Walz forms talented, but volatile soul/pop/ rock band, 'Honeygun' 'Honeygun signs deal with European Management co.' 'Walz penned song, 'Gimme a Little Sunshine' is first runner up in National Song Writing Competition' 'Honeygun attracting major record co. ^#^interest' 'Honeygun disbands due to 'musical differences' 'Conrad Walz fed up with band struggles' So with nobody to please but himself, Conrad began to write songs that he wanted to hear. And when they were done, he thought perhaps other people may want to hear them too. The result is the debut solo album from Conrad Walz, "Millionaire's Blues". A thirteen song musical joyride through the thoughts, dreams, triumphs and failures of characters both real and imagined, the album has a timeless feel. Recorded partly in his basement and also in the studio of co-producer/ engineer Carl Cress, the record was truly a solo project with Walz playing many of the instruments himself. The rock solid drumming of Adam Esposito keeps the songs chugging along, while the added touches of steel guitar, cello and various guest vocalists decorate the album. With his live band now assembled and rocking many a venue, Conrad Walz is poised to make a big noise! If you like rock n roll in all it's ragged glory, you'll want to check them out!

Here's what you say about
Conrad Walz - Millionaires Blues.